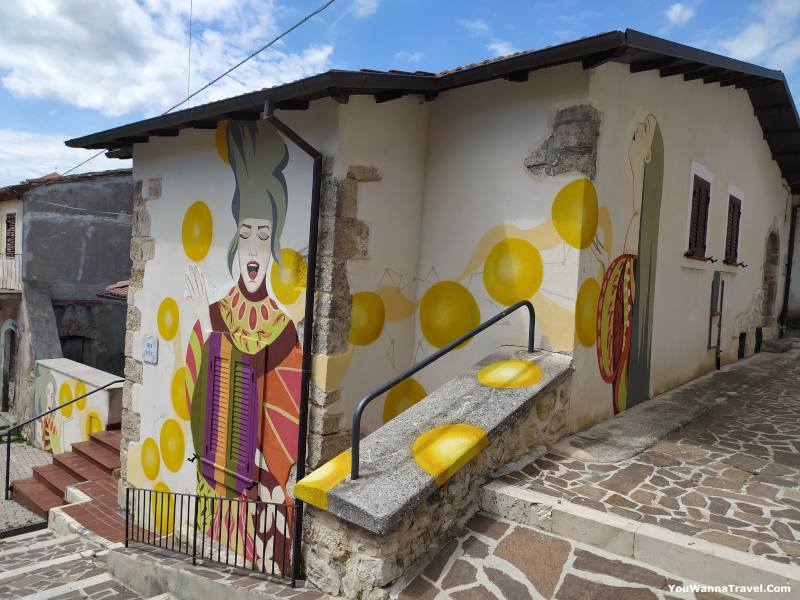 Did you know that Aielli is a village characterized by dozens of murals? In fact, recently the town overlooking the Fucino plain has focused heavily on street art to give added value to its tourist offer.

Several international artists have made Aielli an open-air museum by creating masterpieces of modern art on the facades of the buildings of the old village that the municipal administration and the inhabitants have made available.

One of the first works you encounter upon entering the village is also one of the largest and most colorful of Aielli and has been included by the online art gallery Widewalls, among the 55 most beautiful murals of the world of 2019.

It's the work of the Spanish artist Okuda San Miguel who, with his unmistakable style characterized by geometric figures, created the street art symbol of Aielli and main image of a special celebratory postcard by Poste Italiane. 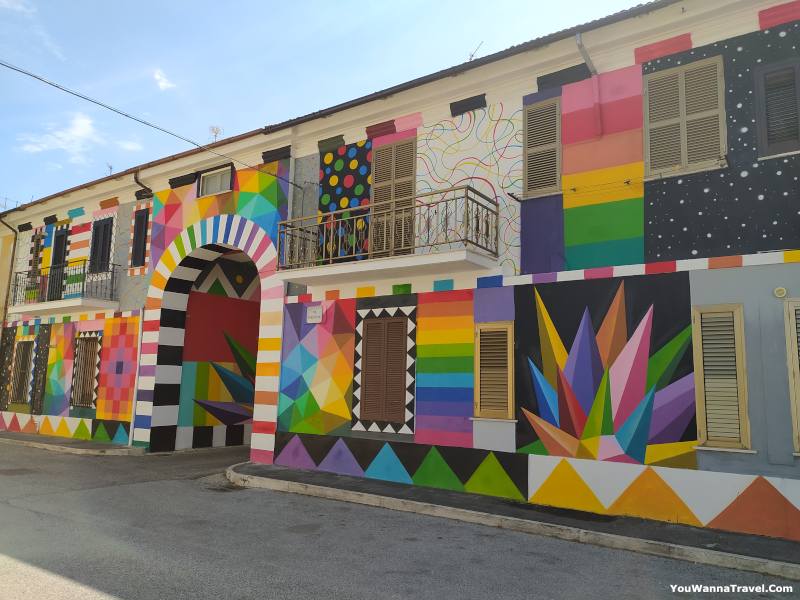 Walking through the streets of the village I was pleasantly enchanted by this art form that has transformed a pretty village in Abruzzo into a point of reference for various artists who meet in Aielli every summer to participate in the Borgo Universo Festival.

The Borgo Universo Festival 2021, now in its fifth edition, will be held in Aielli from 12 July to 8 August and will be an important opportunity for various artists to express their art on the walls of this pretty village.

Most of the murals inside the village are focused on the theme of astronomy as Aielli is also known for the presence of a medieval tower inside which there is an important astronomical observatory.

The tower is called "Torre delle Stelle" and is located in an ideal position for an astronomical observatory. In addition, it also houses the "museum of the stars" to give visitors a complete experience of the cosmos. 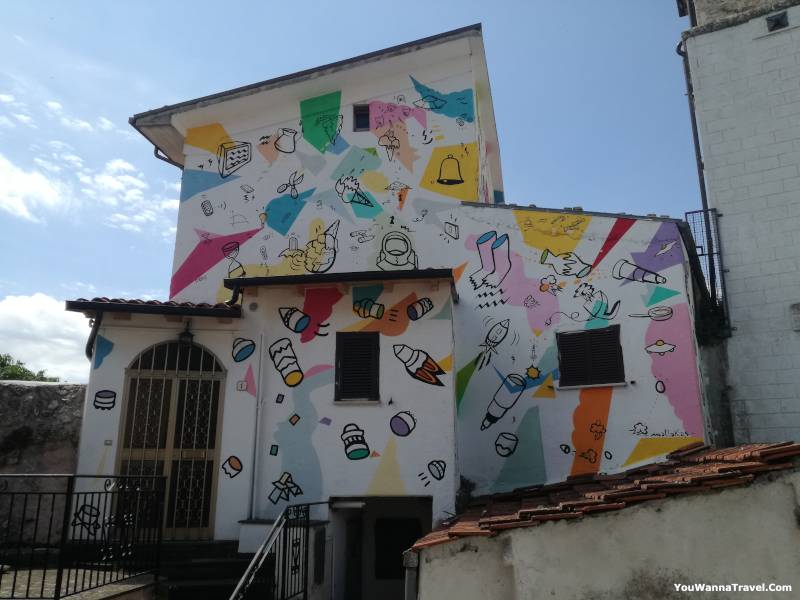 The transcriptions on the walls of Aielli

In addition to the lively colored murals, some walls of the village have been used to transcribe the full text of the Italian constitution and the novel Fontamara. The famous novel by Ignazio Silone was entirely transcribed by the artist Alleg on one of the largest walls in the country dedicated to street art.

Aielli has a strong link with the novel Fontamara, so much so that the homonymous film with Michele Placido was filmed in the village of the province of L'Aquila.

In 2021 on the occasion of Dantedì, the National Day dedicated to Dante Alighieri, a work in silk-screened aluminum was inaugurated in Aielli, which shows on a wall of the village the Divine Comedy in a special edition.

This work, inaugurated by the Minister of Culture precisely on the occasion of the seven hundredth anniversary of Dante's death, will be remembered with a special stamp of the Post Office distributed in all national offices. 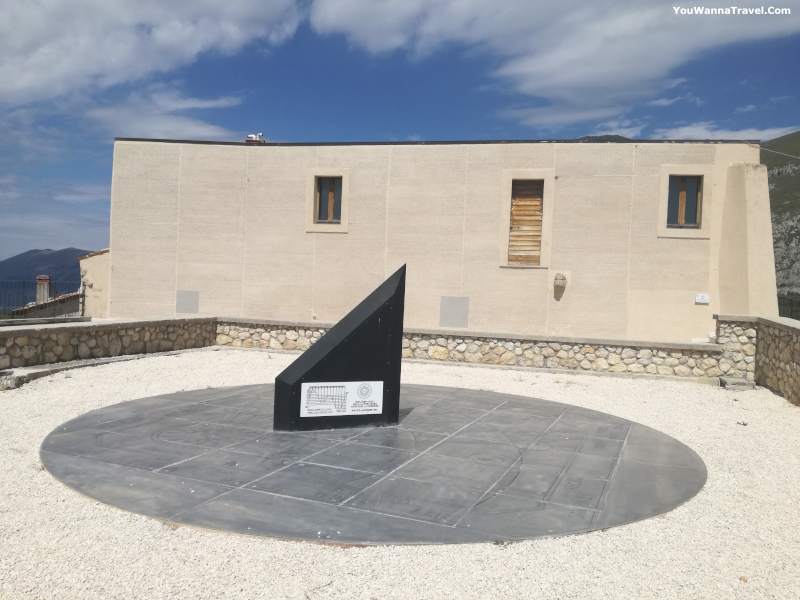 The territory around Aielli

Located within the Velino-Sirente regional park, Aielli enjoys a suggestive panorama overlooking the Fucino plain where once stood one of the largest lakes in Italy.

A short distance from Aielli you can make beautiful excursions inside the Celano gorges which are considered among the most beautiful canyons in Italy thanks to their spectacularity with the mountain walls which, at the narrowest point, are only 2 meters away.

To admire the mountain landscape around Aielli, a bench with a particular shape, was installed in one of the most panoramic squares that goes well with the abstract art of some of the murals.

My impression about Aielli:

I discovered Aielli thanks to the FAI list of the most loved places in Italy and as soon as I could I visited it, first of all finding a pleasant hospitality of the inhabitants who actually in recent years have seen the number of visitors greatly increase.

The welcome was followed by the surprise that this small village gave me thanks to high level murals and a fabulous view!

Must see places in Aielli:

Must see places near Aielli:

Alba Fucens is an archaeological site of an ancient Roman city

Where to eat in Aielli: