Cenotes: limestone caves in the heart of Yucatan 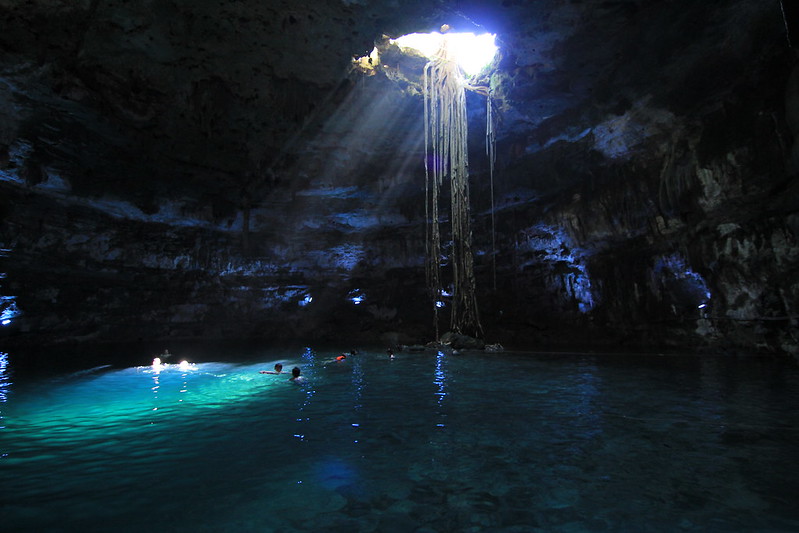 Did you know that the Yucatan peninsula is littered with cenotes? The cenotes are caves formed by the erosion of limestone rocks which the Mexican peninsula is characterized by. These caves are the result of Mother Nature's constant work, in fact, thousands of years ago the Yucatan was submerged by the ocean which allowed the sedimentation of fossil material that shaped the rocks and, following the thaw, the water penetrated through these rocks they eroded it to create a dense underground network of rivers and lakes connected to each other.

Due to its geological porosity, the Yucatan is devoid of superficial waterways and in the places where the ground collapsed due to the underlying coves, nature gives us the Cenotes, real gates to the subsoil.

In Yucatan there are more than 6000 cenotes, most of these unknown to tourism because they are lost in the dense jungle vegetation, others are more accessible often because of man precisely to encourage tourism around them.

The most famous is undoubtedly Ik kil , for its spectacular nature but also for its proximity to the highly visited archaeological complex of Chichén Itzà . Often for visitors of the important Mayan site, Ik Kil is an obligatory stop to cool off from the Mexican heat in its clear waters. 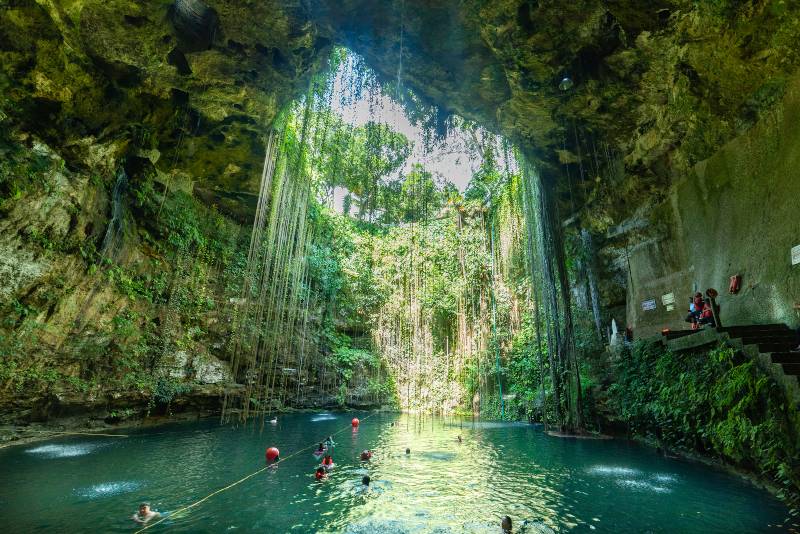 The area near Valladolid is full of cenotes, and being a crossroads for all tourists, many are made accessible to visitors who can admire caves such as Dzinup and Samula which they are only a few hundred meters apart.

The area of Tulum is also scattered with equipped and accessible celotes, among these to be reported is undoubtedly Dos Ojos but also Gran Cenote and Zacil-ha .

Cenotes in the Mayan language means " sacred well " in fact these caves were revered by the Central American dynasty. In addition to being a fundamental source of fresh water supply, they were also sacred places, considered a gateway to the world of the Gods. In the cenotes human sacrifices were practiced as tributes to the gods, and inside them, objects and coins of great value were found, an evident sign that the Mayan people firmly believed that the celotes were actually a direct way to communicate with spirituality.

There are 2 types of cenotes: 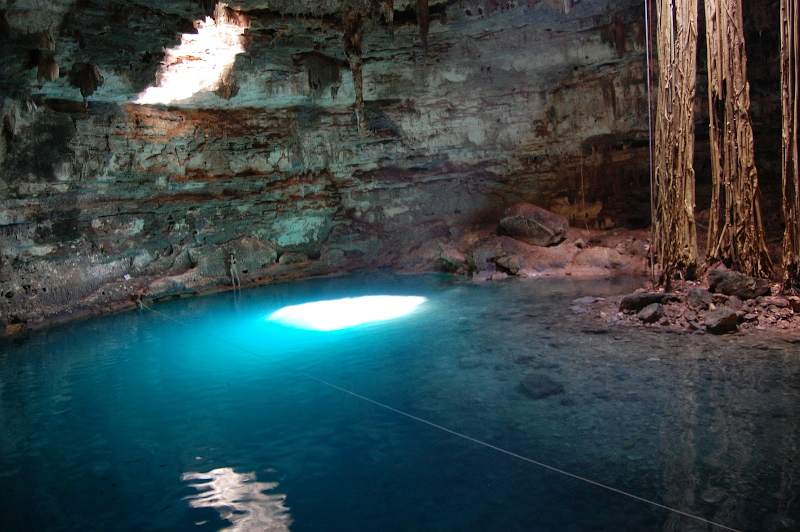 To better admire these wonders of nature it is advisable to visit them in the middle of the day, when the sun is high in the sky and the rays enter directly inside them giving a magical touch, unfortunately especially in the most popular cenotes, during this time the influx of tourists could be greater making the visit less enjoyable.

The natural characteristics of the cenotes, in addition to tourists, also attract thousands of passionate speleologists who find inside the caves a fascinating environment made of stalagmites and stalactites distributed in a labyrinth of tunnels where you can find ancient fossils to enrich this evocative experience.

Snorkeling inside the cenotes is also a discipline highly appreciated by experts and not as the clear waters of the pools allow excellent visibility of the backdrop. Near the most touristic cenotes there are often structures that provide rental services of special equipment such as mask and snorkel.

If you are traveling in the Yucatan you cannot miss a visit of one or more cenotes, a unique experience that will remain in your eyes!

Have you ever been in a Cenote?