Rocca Calascio: the castle of Ladyhawke 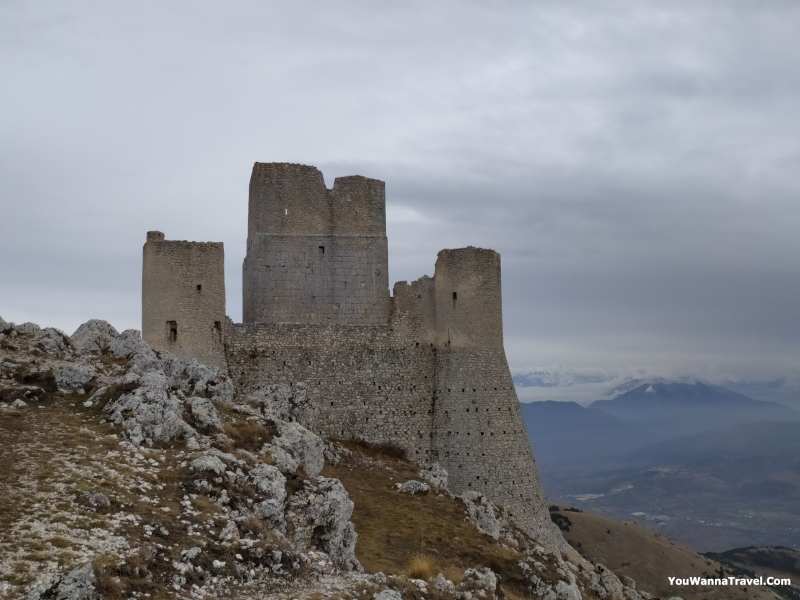 Did you know that the film "Ladyhawke" was shot in Rocca Calascio? The splendid location of Rocca Calascio in fact, was the set of one of the most popular fantasy of the time that became a cult film among fans of the genre.

This location managed to beat the competition from suggestive European locations that director Richard Donner personally visited. The castle of Rocca Calascio, however, managed to bewitch Donner to such an extent that he considered it the ideal set for his famous colossal Ladyhawke.

For the shooting of Ladyhawke, spectacular crowns were added to the towers at the Rocca Calascio castle to give it that aspect that we recognize in the film as the fortress from which one of the protagonists manages to escape. 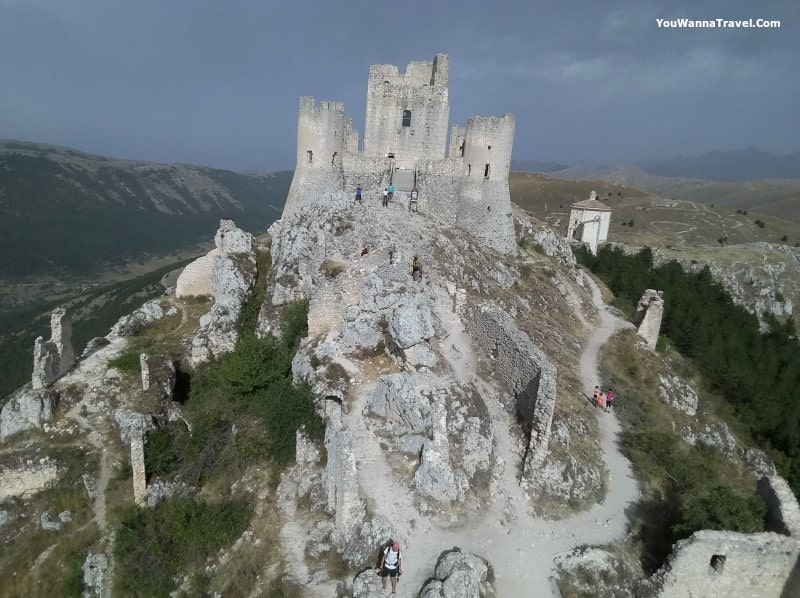 The notoriety of Rocca Calascio after the movie

The film was the first to be shot in this beautiful location, but over the years other directors have been kidnapped by Rocca Calascio to shoot international feature films such as "The name of the rose", "The journey of the bride" and "The american".

Rocca Calascio is in fact located in a mountainous area that is very well suited as a film set thanks to its proximity to interesting medieval villages which are among the most beautiful in Italy and Campo Imperatore, another splendid location appreciated by several directors.

The Hollywood fairytale allowed Rocca Calascio to make itself known globally and, since then, the number of visitors reaching the stronghold has increased, giving this place a well-deserved notoriety that has made the castle one of the favorite destinations in central Italy.

Furthermore, Rocca Calascio is listed by National Geographic as one of the 15 most beautiful castles in the world, a very important recognition that adds value to what is now considered by all as the symbol of Abruzzo at an international level. 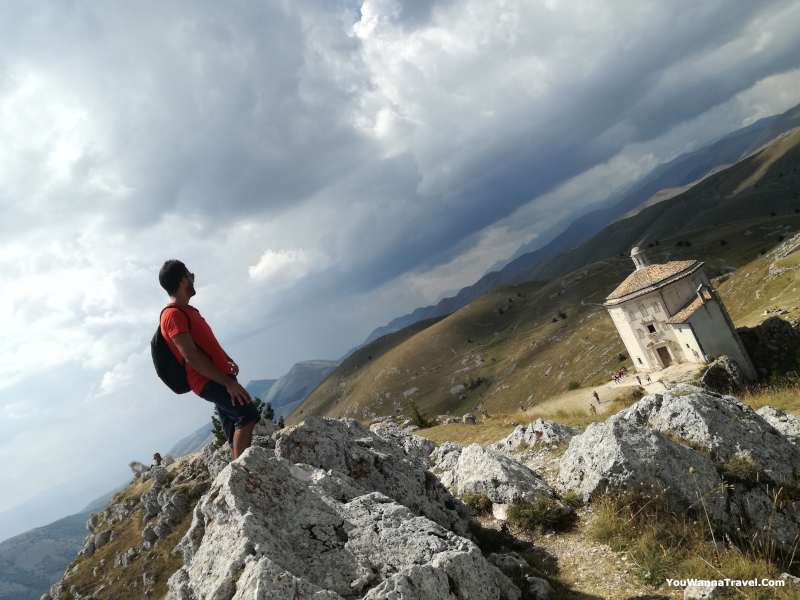 The Rocca Calascio castle is among the highest in Europe, dominates the Navelli plain from its 1460 meters above sea level allowing a 360° panoramic view which made it an excellent military observation point for the defense of the surrounding area.

The fortress in fact enjoys a privileged view in the magnificent context of the National Park of Gran Sasso and Monti della Laga where you can admire the highest peaks of the mountain range of Apennines including Corno Grande.

The area has been hit over the years by several earthquakes, leaving evident signs in the structure of the castle which has resisted to this day also thanks to the restoration works that have preserved its integrity.

Unfortunately, the same cannot be said for the houses at the foot of the castle which were almost completely razed to the ground by the earthquake of 1703 and which forced the inhabitants to move further downstream to the current hamlet of Rocca Calascio. 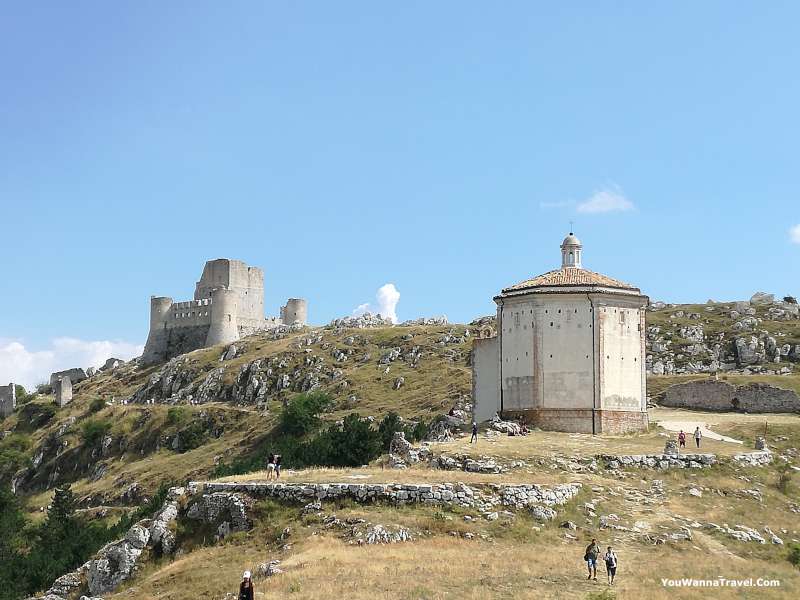 To reach the castle it is necessary to face a path of about 3 km uphill that starts from the municipality of Calascio, a pretty village which, together with Castel del Monte, Santo Stefano di Sessanio, Capestrano and Navelli, are considered some of the most beautiful villages in Italy.

This path crosses Rocca Calascio which has recently been transformed into a widespread hotel and where you can find restaurants, bars, small local craft shops and souvenir shops.

After passing through the small village, just before the castle of Rocca Calascio, you can admire the church of Santa Maria della Pietà which with its particular octagonal shape contributes to beautify the landscape entering in many photos that portray the two suggestive structures together.

What can I say? If it has been chosen as a location for various films and included by National Geographic in their prestigious magazine, there must be a reason. The photos would be enough to justify these awards but visiting it live allows you to breathe a special atmosphere! Personally I find it wonderful even if, as for many other renowned castles, its interiors did not give me the same emotions that I feel admiring it from the outside in a very suggestive naturalistic context.

Must see places in Rocca Calascio:

Must see places near Rocca Calascio:

Rocca Calascio where to eat:

Roccascalegna:
the castle between sky and earth