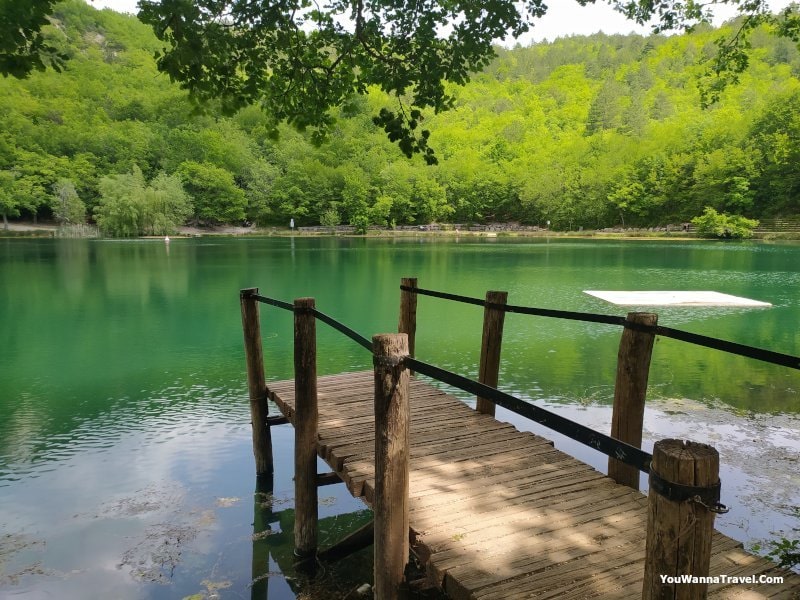 Lago Sinizzo and the relationship with L'Aquila

The Abruzzo capital is about 100 km from the Adriatic coast, which is why many people from L'Aquila prefer to spend their summer relaxing days on the shores of this lake with its bathing waters rather than go to the sea.

The Sinizzo lake has karst origin and is fed by two springs of clear water from the nearby mountains and this particularity makes the lake suitable for bathing for those who have the courage to immerse themselves in the cold waters.

Around the "beach of L'Aquila" there are also several beaches where you can place your towel or sunbed and sunbathe just like you would on a beach by the sea. 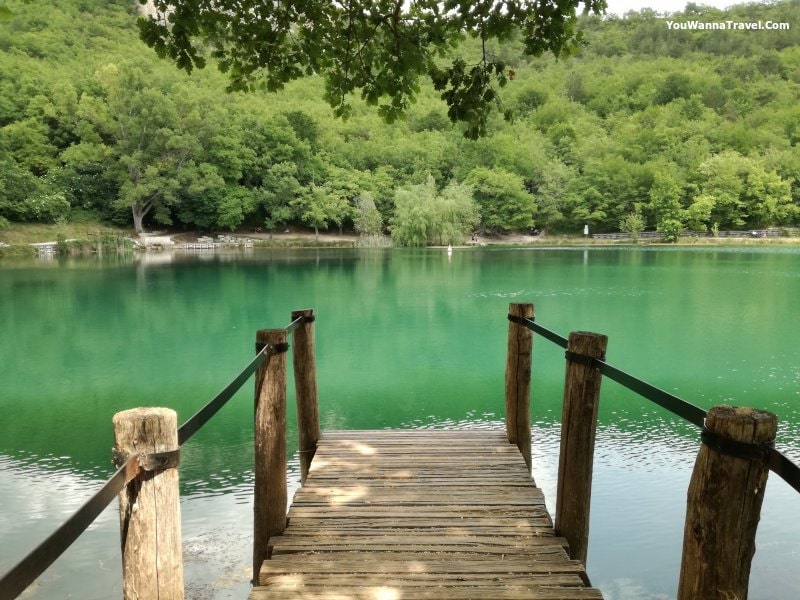 Lake Sinizzo is located in a well-equipped area where you can find everything you would find in a normal bathing establishment such as games for children, drinks and snacks kiosk and several trees that act as umbrellas for those seeking shade.

Unlike the sea, however, here we are in the mountains so the wooded landscape around the lake is particularly wild but at the same time relaxing and can be considered by many even better than the beach.

The picnic area of Lake Sinizzo is equipped with several tables and benches where you can eat the classic snack brought directly from home or, alternatively, you can take advantage of the special spaces where you can roast the meat.

A few tens of meters from the equipped area there is a large paid parking lot that is very convenient for unloading cars from sunbeds, chairs and all you need for the beaches.

Shape and territory of Lake Sinizzo

The Sinizzo lake is circular in shape with a diameter of about 120 meters, a maximum depth of 10 meters and can be bathed in the shallowest point on the opposite side of the small pier, in addition, a wooden platform floats in the water to facilitate swimmers.

The wooden pier, which extends for a few meters inside the body of water, has become the true symbol of Lake Sinizzo as it's perfect for postcard photos depicting a very suggestive landscape in any season of the year.

Acquatina and Sinizzo are the two springs that feed the lake with clear water where swim different species of fish such as carp, pike and trout and this attracts various sport fishing enthusiasts.

From Lake Sinizzo there are several hiking trails that, entering the woods, allow you to reach the church of Santa Croce along the Via Crucis Path or the nearby Caves of Stiffe. 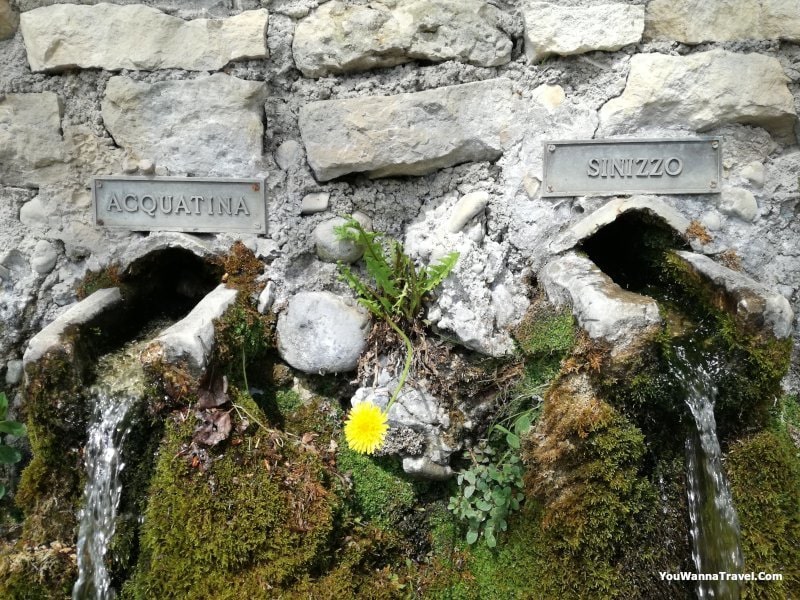 The new life of Lake Sinizzo

The 2009 earthquake in L'Aquila seriously damaged the shores of the lake which risked disappearing but the immediate restoration works managed to save this little corner of paradise.

After risking losing this symbol of the L'Aquila area, the municipality of San Demetrio has invested heavily in Lake Sinizzo and since some years this equipped area has been living a new life.

What was known as the "beach of L'Aquila" and reserved almost exclusively for local residents, has now become a relaxing destination for many vacationers from all over Abruzzo and beyond.

My impression about Lake Sinizzo:

I'm not from L'Aquila so I consider Lake Sinizzo one of those places for a pleasant trip out of town on Sunday and I hope that the work carried out by the municipal administration will not be thwarted by an enlarged tourism and also advertised to non-residents!

Must see places near Lake Sinizzo:

The Caves of Stiffe is a complex of karst cavities in which an underground river flows.

Bominaco is a small hamlet where the "Sistine Chapel of Abruzzo" is located.

Lake Sinizzo where to eat:

Bominaco:
the Sistine Chapel of Abruzzo