The similarity with the Tibet of Campo Imperatore

Did you know that Campo Imperatore is defined as the little Tibet of Italy? The breathtaking views of Campo Imperatore, the highest Apennine plateau, are comparable to the Himalayan views of Tibet.

This similarity was first attributed to it by the mountaineer Fosco Maraini who saw in the Abruzzo plateau many morphological characteristics of the famous Tibetan plateau of Phari Dzong.

Fosco Maraini was a well-known mountaineer and orientalist who found in Tibet, which he visited twice in the 1930s, the ideal place to indulge his passions and prompted him to write two books dedicated to the Asian country.

His passion for the mountains led him to explore the Himalayas in several missions in which he reached Phari Dzong at 4200 meters above sea level, one of the highest and largest plateaus in the world. 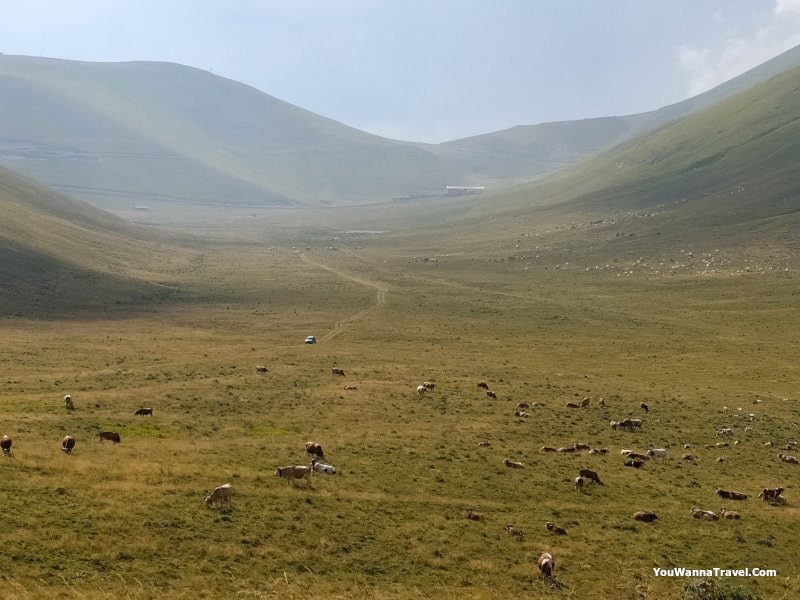 Although smaller than Phari Dzong, Campo Imperatore is the largest plateau in the Apennines and one of the largest in Italy with an extension of 18 km in length and 8 in width.

Campo Imperatore is at an altitude between 1500 and 2000 meters and its geographical position within the Monti della Laga National Park in addition to the climatic characteristics, ensure that in the plain there is purely herbaceous vegetation.

This feature contributes to making the landscape of Campo Imperatore very suggestive thanks to the vastness of its territory bounded by some of the highest peaks of the Gran Sasso such as Scindarella Mount, Portella Mount, Camicia Mount and his majesty Corno Grande.

Corno Grande is the highest peak of the Apennines with its 2912 meters above sea level as well as being one of the most popular destinations for hikers who, along the path leading to the top, enjoy a privileged view from above right on Campo Imperatore. 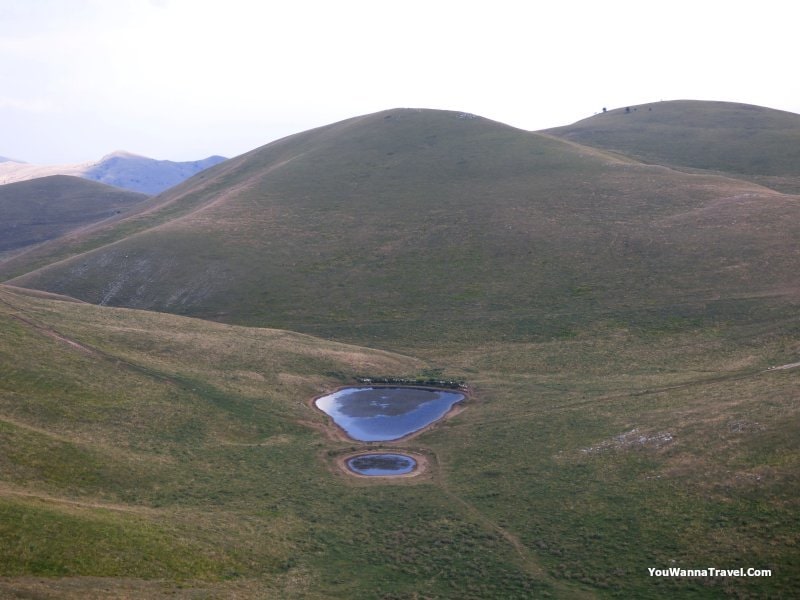 The peculiarities of Campo Imperatore

The plain of Campo Imperatore was shaped by the most important glacier in the Apennines. Today the geological conformations remain of that glacier that have paved the way for karst phenomena such as some splendid lakes (Lake Pietranzoni and Lake Racollo).

The magnificent scenery of Campo Imperatore is a perfect film set in fact, in this location several films have been shot such as "They call me Trinity" and its sequel, "The name of the Rose" and "King David" as well as several commercials with international protagonists such as Leonardo di Caprio.

This scenario attracts many filmmakers but also and above all motorcyclists, hikers, cyclists, skiers and nature lovers who find in Campo Imperatore an ideal destination for their passions.

The small Tibet of Italy also attracts many astronomy enthusiasts thanks to the presence of the Astronomical Observatory at an altitude of 2200 meters and, on clear nights, you can easily admire thousands of stars by eye naked taking advantage of the total absence of artificial lights. 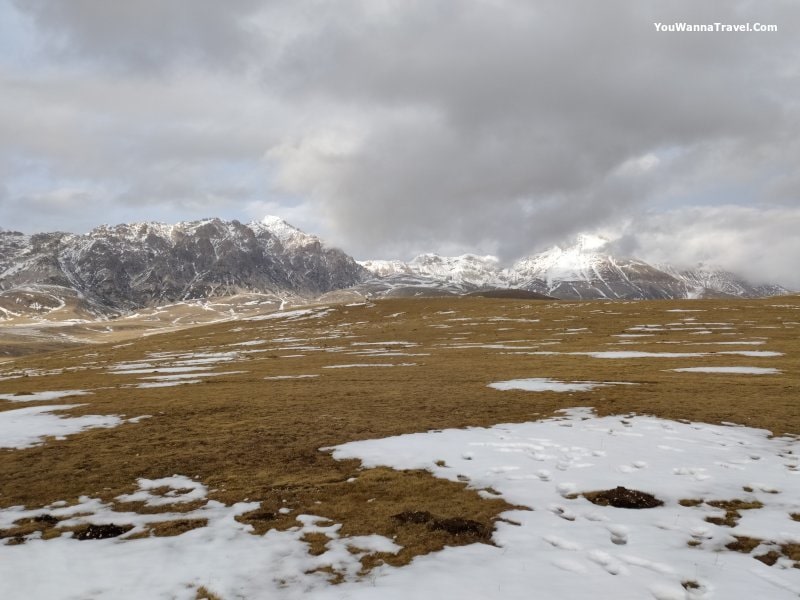 A short distance from the astronomical observatory there is the historic Hotel Campo Imperatore, a bright red structure that is clearly visible even in the winter season when the area is completely submerged by snow. The Hotel is famous for being the place of imprisonment of Benito Mussolini before his liberation.

This unique built-up area located in the highest part of the plateau, also includes the Church of the Madonna della Neve and the Alpine Botanical Garden of Campo Imperatore where more than 300 plant species are preserved.

To quickly reach the top of Campo Imperatore plain from Fonte Cerreto di Assergi, you can take advantage of the Gran Sasso cable car which, with over 3 km in length and 1000 meters difference in height, is one of the longest in Europe.

Campo Imperatore is a place that leaves you breathless! The first time I visited it, just like Fosco Maraini, I almost didn't believe I was in Italy and only a hundred kilometers from my home. An ideal landscape for the classic road trip as I always imagined it when I was a child ... a long road that crosses a vast plain with mountains around to make the landscape unique!

Must see places near Campo Imperatore:

Santo Stefano di Sessanio is another of the most beautiful villages in Italy and in recent years it has been the subject of an important tourism development work.

Corno Grande is the highest peak in the Apennines that can be reached by expert hikers.

Campo Imperatore where to eat: