Dino Island: the island of caves 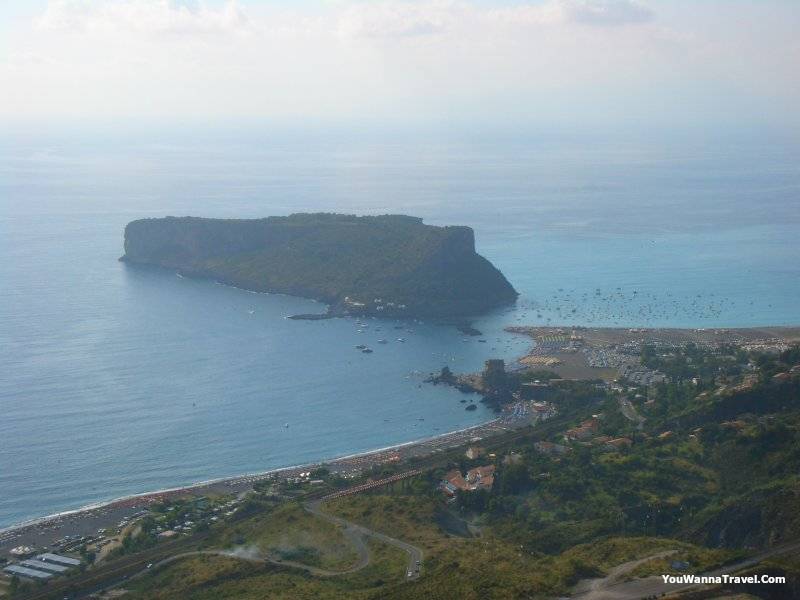 Did you know that Dino's Island is known for being the island of caves? Dino's Island in Calabria in its approximately 3 km of perimeter has 7 caves dug by the waves of the sea over the centuries.

The best way to visit these caves is via a boat excursion that allows you to easily reach the island of Dino from Praia a Mare or from nearby Scalea. In fact, the island is only a few tens of meters from the Praia a Mare beach and can even be reached by walking on the rocks.

The proximity to the beach of the Calabrian locality makes it possible to reach the island of Dino by swimming but, visiting it aboard some boat, is still the best solution to admire the caves that are located on the sides most exposed to the waves of the Tyrrhenian Sea.

Circumnavigating Dino island it is possible to access the various caves to admire the spectacle inside these large inlets created by the erosion of the water, each with its own name. 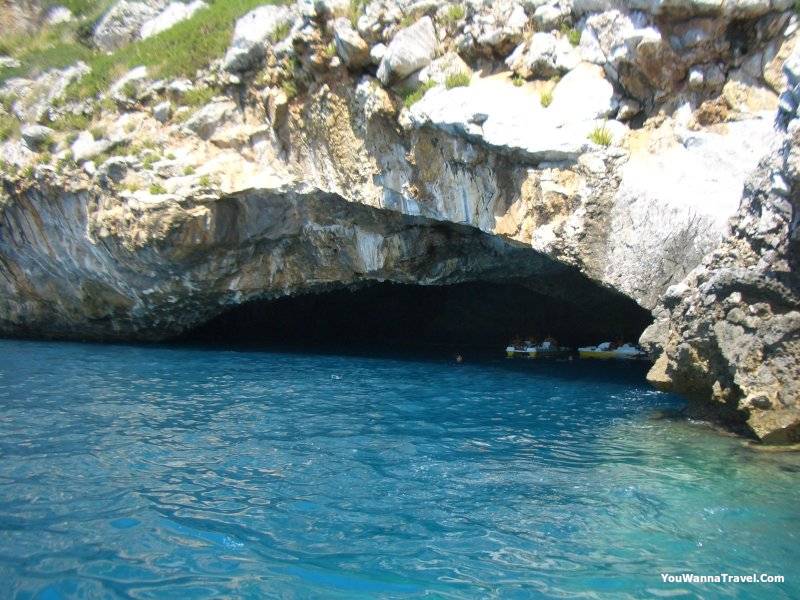 The caves of Dino's island

The Cave of the Monk is a small cove above which a rock rises that, with a little imagination, resembles a monk in prayer.

The Cave of Sardines thanks to its calm and clear waters allows a clear view of the seabed where you can observe several schools of sardines.

Fronton Cave is located about 10 meters above sea level and therefore only accessible via a short climb on the rocks.

The Cave of the Falls is an inlet of about 20 meters in which you can hear the constant sound of the water coming down from the walls.

The Blue Cave is the most beautiful cave on Dino island thanks to its size but above all thanks to the intense blue color it assumes in certain circumstances.

The Cave of the Lion owes its name to a rock that emerges inside this large cavity and which has the appearance of a lying lion.

Gargiulo Cave is the only one accessible only to diving experts. 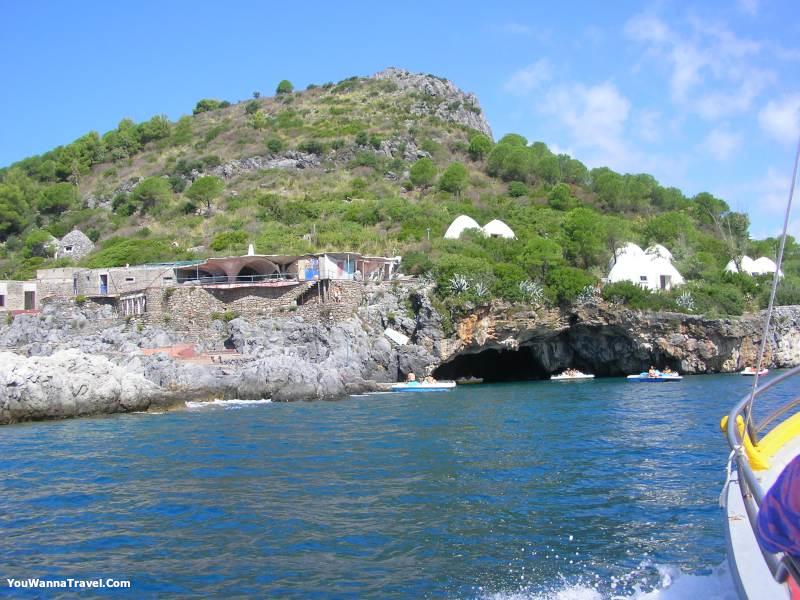 The story of Dino's island

Dino's island in the Riviera dei Cedri, despite its extension of only 50 hectares, is the largest in Calabria and in the past it was considered a strategic place for sighting enemy ships.

On the pediment of the island at an altitude of 73 meters, there are still the remains of the Tower of Dino's Island from which, since the Norman era, it was possible sighting off the boats of invaders who on several occasions have attempted to conquer the Calabrian coast.

After passing into the hands of various conquerors, in more recent times, the Dino's Island was bought in the 60s by the Agnelli family to make it a luxury tourist destination but the project stopped at due to a long legal battle with the municipality of Praia a Mare which reconquered the state property.

Today there are still some abandoned receptive structures and a small pier from which a road of about 1.7 km starts that climbs up to the villas located in the highest part of the island. 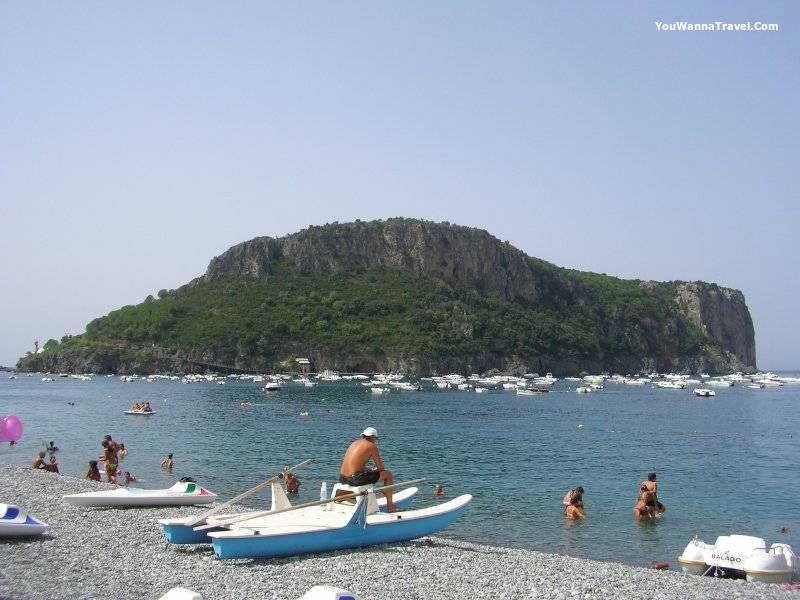 The ecosystem of Dino's island

Despite the presence of these structures, the island of Dino has maintained a wild aspect where there are several species of plants, some of which are very rare, which with an indiscriminate tourist development of the island would have had a short life.

Even in the depths of Dino's island there are various plant species that make up an interesting underwater forest composed mainly of paramuricee.

A rich and delicate ecosystem that deserves the recognition of "Site of Community Interest" and projects the Island of Dino towards the establishment of a nature reserve.

My impression about Dino's Island:

The impression that Dino's island left me is to trek in the mountains but to the sea! A luxuriant nature that made me almost forget that I was a few tens of meters from a splendid sea that gives particular colors to the various caves of the island to visit absolutely with a boat excursion.

Have you ever been to Dino island?

Must see places near Dino's Island:

Maratea is known as "the pearl of the Tyrrhenian" and is dominated from above by the imposing statue of the Redeemer.

Arco Magno is a splendid hidden beach protected from the sea by a suggestive rocky arch.

Dino's Island where to eat: