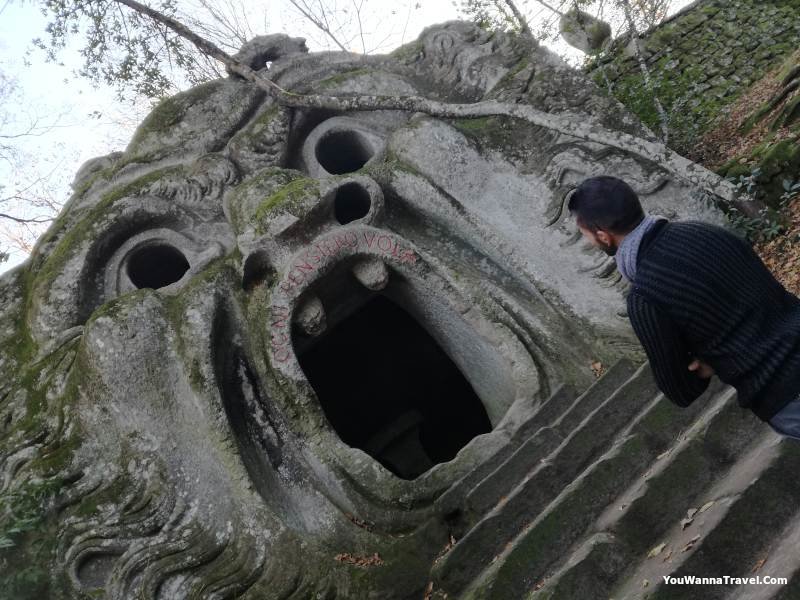 The sacred wood of Bomarzo

Did you know that in Bomarzo there is a mysterious forest inhabited by monumental monsters? In the Lazio village of Bomarzo, various strange and enigmatic sculptures of monsters, divinities and animals populate a labyrinthine forest, arousing the curiosity of visitors.

The Monsters Park of Bomarzo is a wooded area accessible by paying an entrance ticket and this allows to maintain an adequate level of maintenance which is essential to safeguard the sculptures from the deterioration of time.

The Monsters Park originally had the purpose of confusing but at the same time guiding those who visited the wood through a labyrinth of symbols, phrases and mythological references in an "initiatic" path that would elevate the soul in a context where each element has its own meaning.

Villa of Wonders and Sacred Wood of Bomarzo are other names attributed to this park of about 3 hectares composed mainly of coniferous trees and broadleaf trees and where there is a lot of basalt, the volcanic rock with which the sculptures were made. 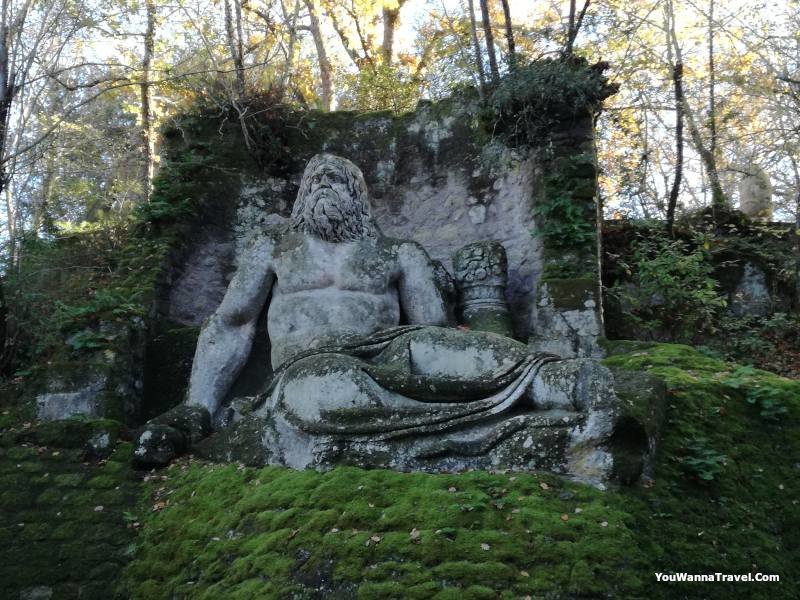 The monuments of Bomarzo

All the statues of the Monsters Park arouse curiosity and fun making Bomarzo an ideal place to take the children and spend a few hours having fun walking among the sculptures and taking many photos.

Among the dozens of statues scattered in the park, some of these stand out more than others for their size and symbolic importance, in fact it is a must to stop in front of the mouth of the Orc, admire the strength of Hercules or worship deities such as Neptune.

There are also animals such as elephants, turtles and lions or mythological figures such as the Sleeping Nymph, Cerberus and Echidna. Then in the park there are several structures representing sphinxes, temples, theaters and the mythical leaning house much appreciated by all visitors.

If the park were not enough, the medieval village of the same name is certainly worth a visit also thanks to the recent discovery of the Pyramid of Bomarzo, an important Etruscan construction still shrouded in mystery today. 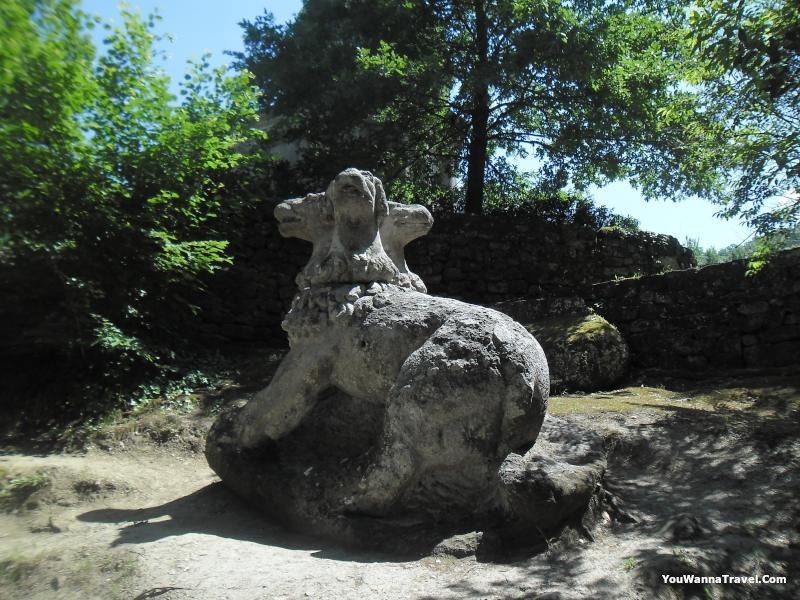 The history of Bomarzo Park

Although today the monumental park of Bomarzo appears as an attraction for children that surprises even the parents, it was originally built with the intention of creating something enigmatic and grotesque that would guide the visitor on a "purifying" path.

In the 16th century it was Prince Pier Francesco Orsini, better known as Vicino Orsini, who commissioned the well-known architect Pirro Ligorio the creation of a "grove" with a profound meaning as a tribute to the deceased wife Giulia Farnese.

On the death of Prince Orsini, the park was abandoned for several centuries until the mid-1900s when the Bettini family took charge of it by restoring and repositioning the statues as well as we can admire them today.

One of the first to appreciate the potential of this restored park was the well-known Spanish surrealist painter Salvator Dalì who, in addition to defining it as "a unique historical invention", he took inspiration for his work "The temptation of St. Anthony". 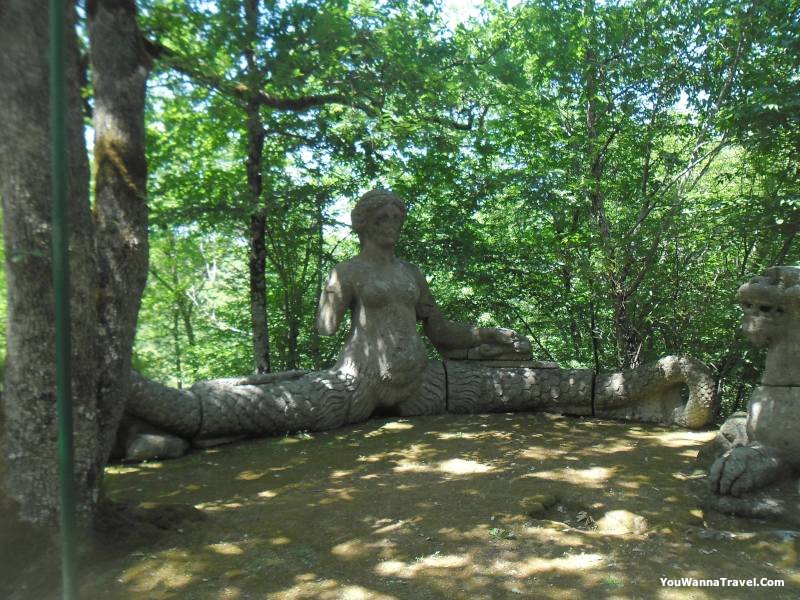 In a place considered for children it is not easy to project yourself into the 16th century following the purification path conceived by the creator of the Sacred Wood but, with a little effort, it is possible to be dragged into this sort of live video game in which distorted reality, enigmatic clues and disorientation, confuse and stimulate the visitor at the same time.

Some inscriptions on the two sphinxes placed right at the entrance to the park to welcome the visitors warn them that, what they are about to see, will project them outside the box, causing a sense of disquiet necessary to face the path as it was conceived.

"You who enter here, consider what you see and then tell me if so many wonders are made for deception or for art".

"Who does not pass through this place absorbed and in silence, does not even appreciate the famous seven wonders of the world".

My impression about Bomarzo:

Although I have already been twice to the Monters Park of Bomarzo, the desire to return is great and as soon as my daughter is old enough to appreciate it, I will definitely bring her so that I can experience it with her emotions through her smiles and her questions.

Upon entering the park, the desire to roam free in this labyrinth in search of monsters is strong but my advice is to consult the map provided with the entrance ticket in order not to miss any of the hidden sculptures.

My favorite was definitely the Leaning House!

Have you ever been to Bomarzo?

Bomarzo is a village near which stands the Etruscan Pyramid, one of the most important rock remains in Europe

Bomarzo where to eat: