Punta Aderci: the most beautiful beach in Abruzzo 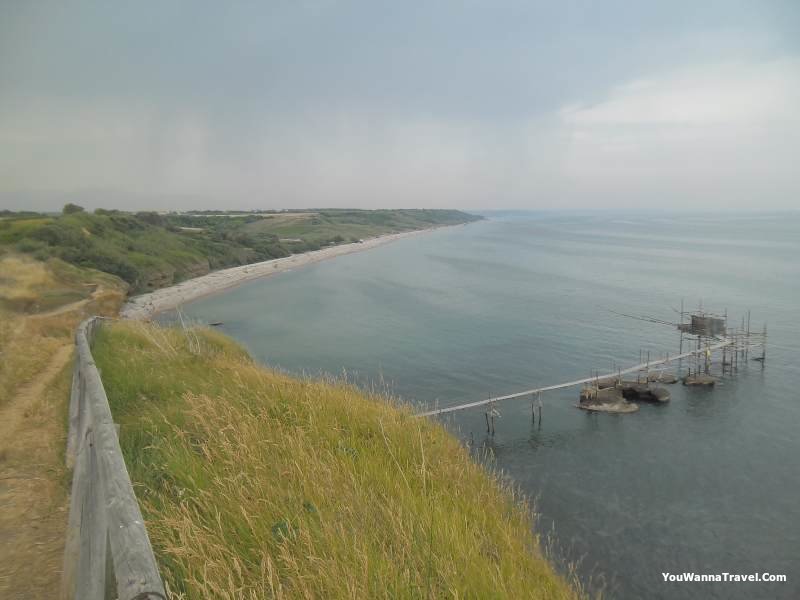 The coastal reserve of Punta Aderci

Its strategic position allows it a privileged view that ranges from the Coast of Trabocchi to the Majella and the Gran Sasso, a panorama that contributes to making Punta Aderci one of the most beautiful beaches in Italy.

Punta Aderci reserve, which was established in 1998, is the first coastal reserve in Abruzzo and occupies an area of about 285 hectares which extends for 5 km from the port of Vasto to at the mouth of the Sinello river that delimits the border with the municipality of Casalbordino!

The protected area of Punta Aderci, despite being in one of the most pristine stretch of coast of the Adriatic, is still easily accessible for visitors who can enjoy this paradise made of wild nature and gentle hills overlooking the crystal clear sea. 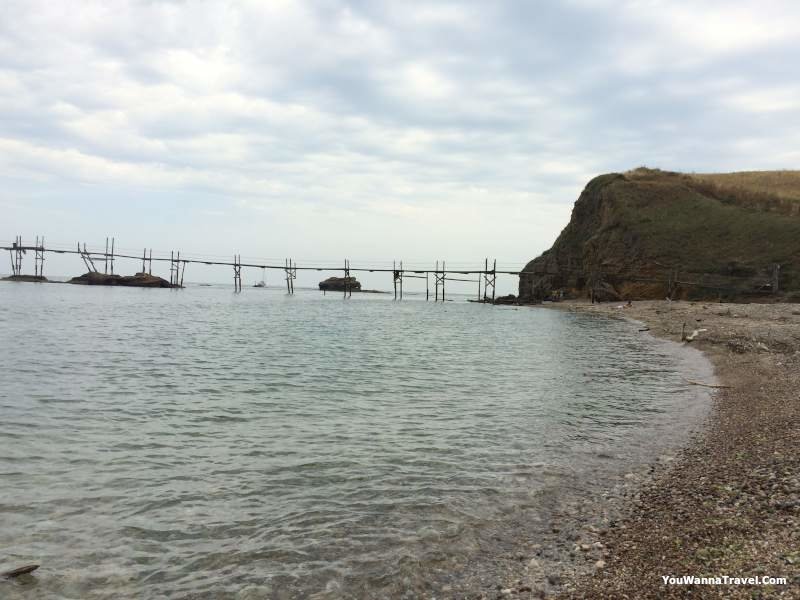 The beaches of Punta Aderci

Lovers of the sea, relaxation and sunbathing or those who, like me, love to walk or cycle along the paths immersed in unspoiled nature, will surely find a in Punta Aderci a paradise just a few steps away from the city center.

The promontory of Punta Aderci represents a natural watershed that separates the wildest part of the reserve from the more touristy one and from, the top of its 26 meters, you can admire the fantastic panorama of the entire area between cultivated fields, Mediterranean scrub and beaches bathed by the Adriatic Sea.

In the north of the promontory there is the wildest part of the reserve where the Mediterranean scrub merges with the pristine beaches of Punta Aderci and Mottagrossa, while in the south next to the port of Vasto it is made up of cultivated fields overlooking the more touristic beaches of Punta Penna and Libertini.

The most beautiful beach in the protected area is Punta Aderci which, although it is the smallest one, enjoys an excellent position close to the panoramic promontory and it is from this beach that the iconic trabocco of Punta Aderci is thrown into the sea. 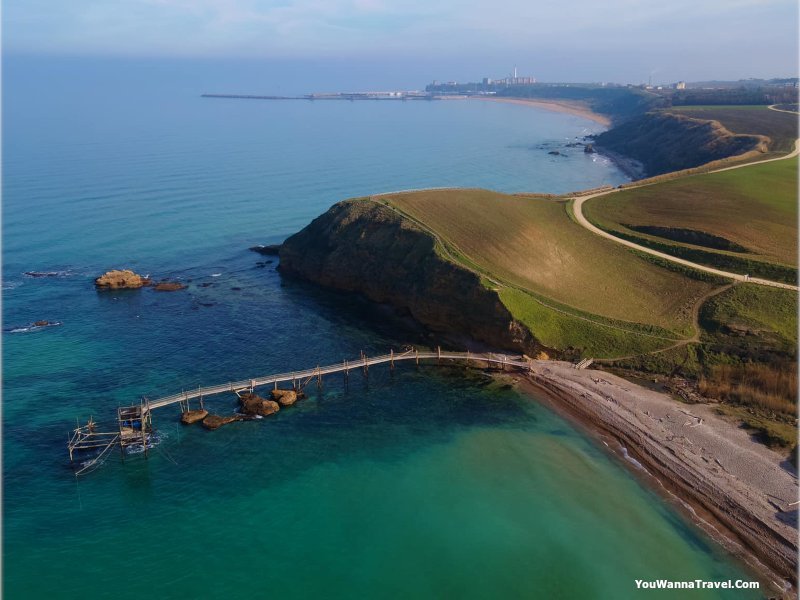 The last stage of the Coast of Trabocchi

An important morphological feature of the reserve is the formation of dunes favored by the wind that blows from the sea and the natural barrier composed of vegetation and gentle hills that drop almost sheer to the beach.

To characterize the flora of the coastal reserve of Punta Aderci, in addition to the typical vegetation of this dune environment, you can find flowers such as sea lily and dune poppy or aromatic plants such as myrtle.

In the sandy beach of Punta Penna there are small dunes close to the vegetation where various species of birds find an ideal habitat including the "Charadrius alexandrinus", the true symbol of the reserve, and numerous other species such as heron, great tit, kingfisher and buzzard.

In the clean waters of the nature reserve dolphins, turtles and even cetaceans of considerable size are used to swim, so much so that in 2014 in Punta Aderci was recorded the largest stranding of cachalot in the Mediterranean which has mobilized numerous volunteers to try to help them get back to sea. 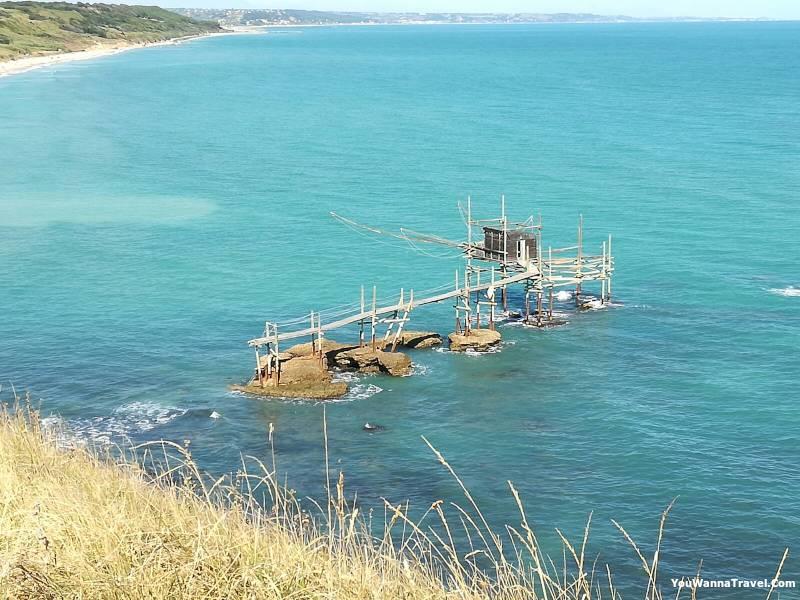 Punta Aderci can be considered as the last stop of the beautiful Coast of Trabocchi, a stretch of the Abruzzo coast of about 40 km that goes from Ortona to Vasto, characterized by the presence of "trabocchi".

The trabocchi are stilt houses on the sea typical of the Abruzzo tradition that were once used for fishing and which recently, in some cases, have been converted into particular and sought-after restaurants where to eat is necessary to book well in advance.

In Punta Aderci could not be missing a trabocco and it is located in the central point of the protected area right next to the promontory. The Punta Aderci trabocco is one of the most beautiful of the Coast of Trabocchi because it has kept its original features giving a magical touch to the surrounding area.

My impression about Punta Aderci:

I'm not a lover of the sea as a place to lie down and sunbathe. I prefer equipped beaches where you can practice some sports on the sand. Punta Aderci, however, not only has beautiful beaches for sunbathing, but also paths immersed in nature to be done on foot or by bicycle, so it is a perfect combination that manages to combine multiple needs.

Punta Aderci where to eat: