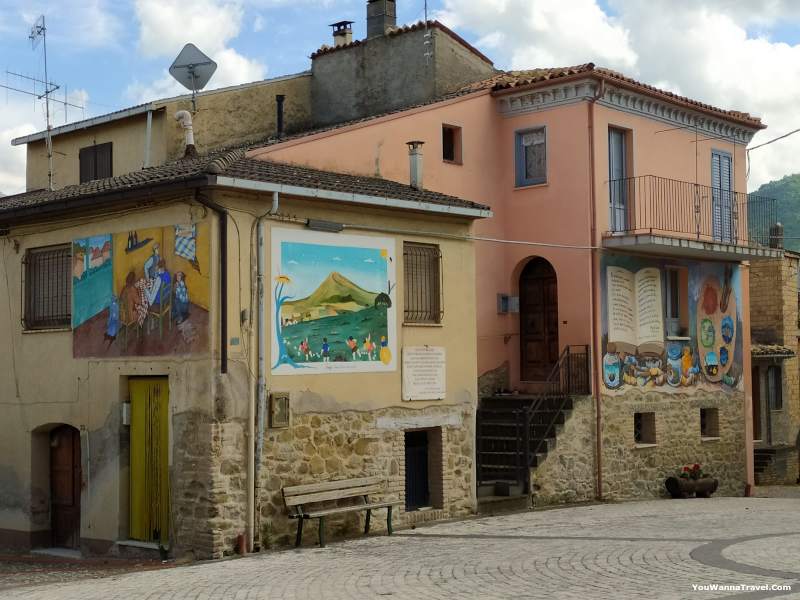 The idea of ​​giving a touch of color to this pretty hamlet of the Abruzzo hinterland is the result of the initiative of the inhabitants motivated also by their own countryman Annunziata Scipione, a naif artist who had the honor of being able to leave her talent imprinted on the walls of her village.

This initiative, born in 2001, has managed over the years to revive Azzinano with over 50 murals painted by various Italian artists who have been able to free their artistic creativity by drawing on the walls of the village, playful activities of a time that has nothing to do with today's technological games.

The artistic event, organized by the Pro Loco of Azzinano and entitled "The walls tell... the games of the past", is held every summer during the last week in July and assumes the importance of the classic village festival. 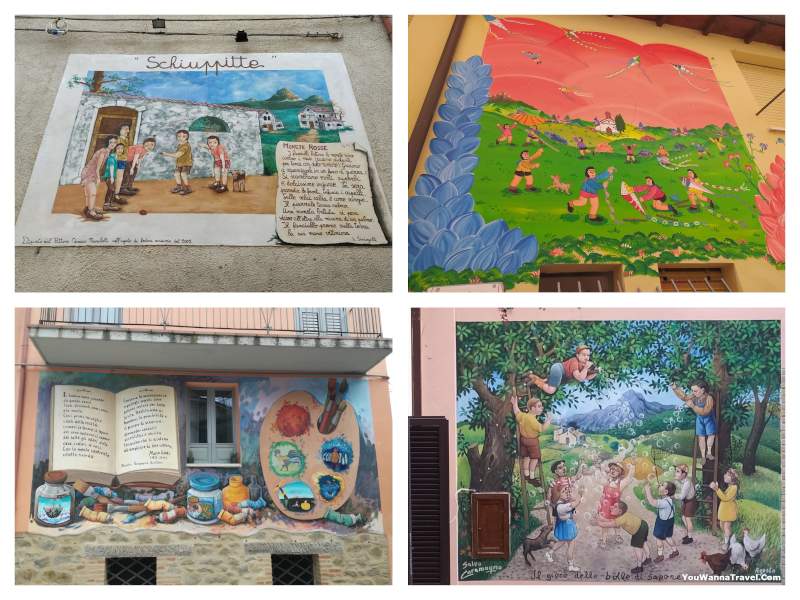 Naif art is the representation of a humble and peasant society through a simple and technically imperfect style, an perfect art for the theme of the games of the past and that allowed Azzinano to enter part of the National Club of Painted Countries and is known as "the Luzzara of the Sicilian Valley".

On one of these murals there is a parchment that quotes the words of Luciano Marinelli, one of the main creators of the initiative:

"These innocent games of poor people and who were content with nothingness, condensing boundless dreams in that nothingness, should be read as a reference to the past, between the nostalgic and the social, between reliving and re-proposing situations that no longer belong to us and that perhaps have been forgotten too soon."

The theme that distinguishes all the murals in Azzinano manages to give emotions especially to the various visitors who have experienced games such as the bell, blind fly, hide and seek and many others that evoke nostalgic memories of a carefree childhood. 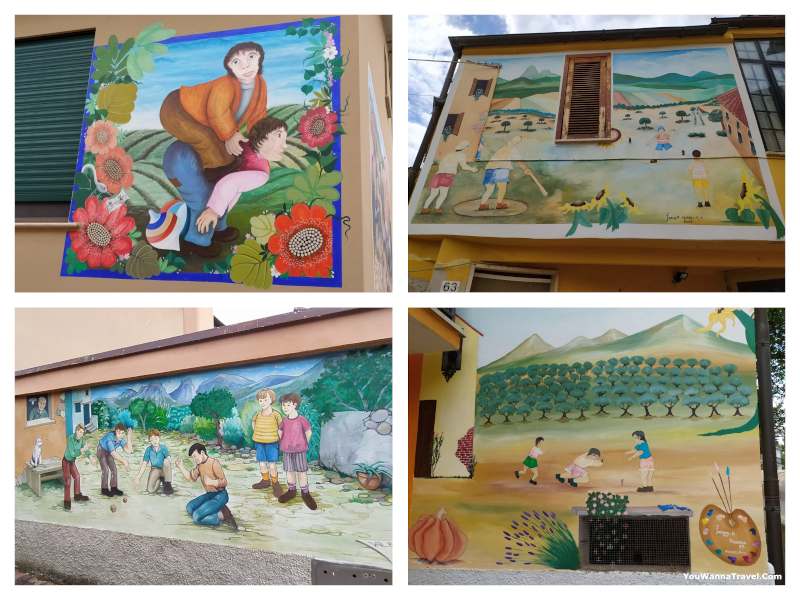 Observing the many murals of naif art present in the tiny village, it is difficult to find a wall that is still free, giving the eyes of visitors strolling around Azzinano, a colorful show at every corner.

Looking up just above the roofs, on the other hand, you can admire another spectacle, the one of the Gran Sasso d'Italia massif that seems to be curiously observing the colored walls of the village.

The mountain is also the protagonist in some of the murals of Azzinano where it is the background to the images that portray children playing happily in the square or in the streets of the small village.

The games of the past painted on the walls somehow manage to intrigue the few children in the village and sometimes, seeing them replicate outdoor activities like those depicted on the walls, arouses more curiosity than the murals themselves! 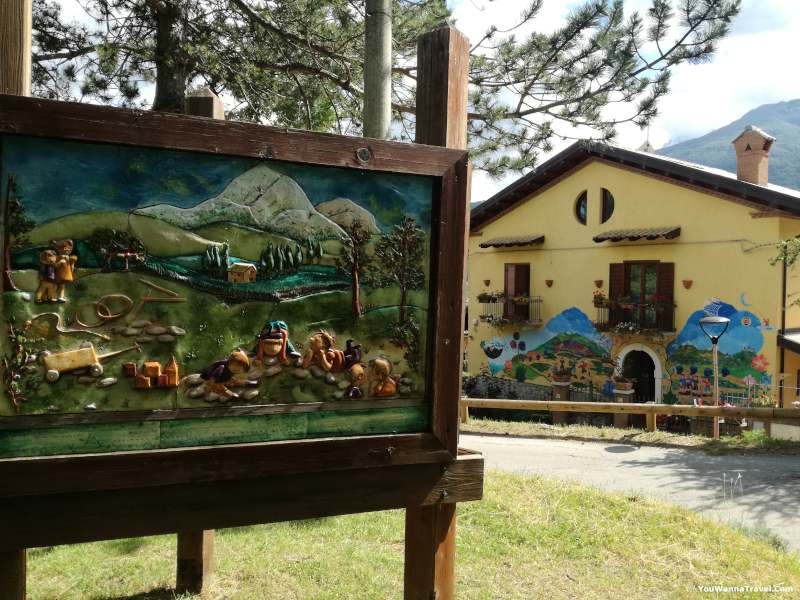 Strolling through the streets of this tiny hamlet, I had the impression of being inside a kindergarten where giant posters with drawings made by children and helped by their teacher are attached.

Azzinano, albeit small in size, managed to get me several smiles by observing the representations of some games that I used to play when I was little. A characteristic village immersed in a fantastic naturalistic setting where you can spend a carefree hour.

Have you ever been to Azzinano?

Must see places near Azzinano:

Castelli is the village of ceramics