One of the 7 wonders of the world, once unknown 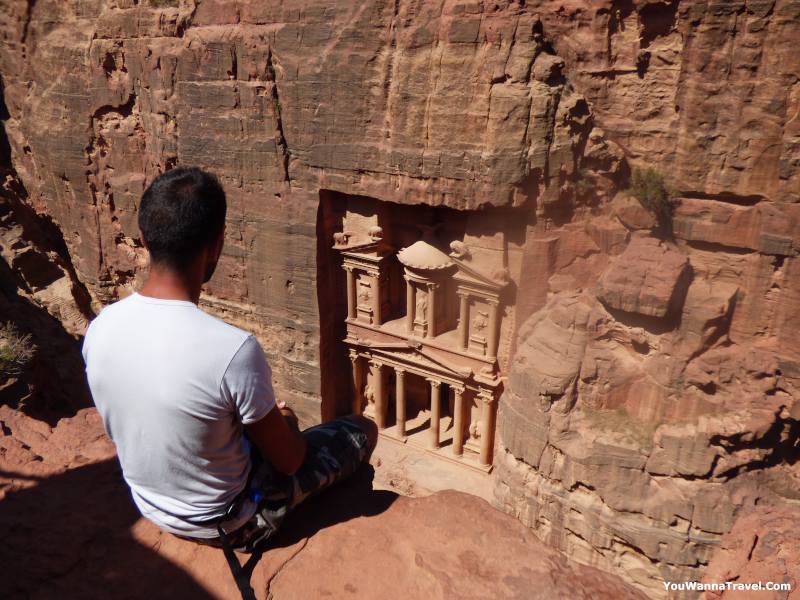 Did you know that Petra is called the lost city? The famous archaeological site in Jordan, in the 7th century AD. was a thriving city dedicated to economic exchanges inhabited first by the Edomites and then by the Nabatai who subsequently abandoned it definitively following the decline of trade in the area and various natural disasters, making it "the lost city".

In 1812, thanks to the Swiss explorer Johann Ludwig Burckhardt, it was found and since then the city of Petra has also become famous in the Western world so much so that it recently became of one of the 7 Wonders of the Modern World!

Petra was a real city which, at the peak of its greatness, had about 25,000 inhabitants in an area of ​​about 264,000 square meters. Houses, tombs and monuments were entirely carved out of from the very resistant and easily excavated local sandstone rock.

The particular geological conformation that characterizes Petra combined with the outstanding engineering skills of its inhabitants, have made their buildings very long-lived and is the reason why today we can still admire hundreds of tombs and monuments almost intact despite the erosion and earthquakes that over time have hit the territory.

The most famous but also the best preserved tomb is "the Treasury", an imposing façade carved into the rock that leaves any visitor speechless! To reach this magnificent attraction it is necessary to cross the Siq that is a path of about 1Km through a canyon at the end of which you can see the Treasury in all its beauty to welcome us to Petra.

One of the absolutely unmissable experiences in Petra is to visit the Treasury at night but it is possible to do so only on certain days of the week. To admire Petra by night you go along the Siq illuminated by numerous candles that bring from its majesty "the Treasury" also illuminated by hundreds of candles that make the atmosphere magical. Sitting in silence in front of it, we await the start of the show in which a particular music accompanies a voice that tells the story of the Nabataeans. 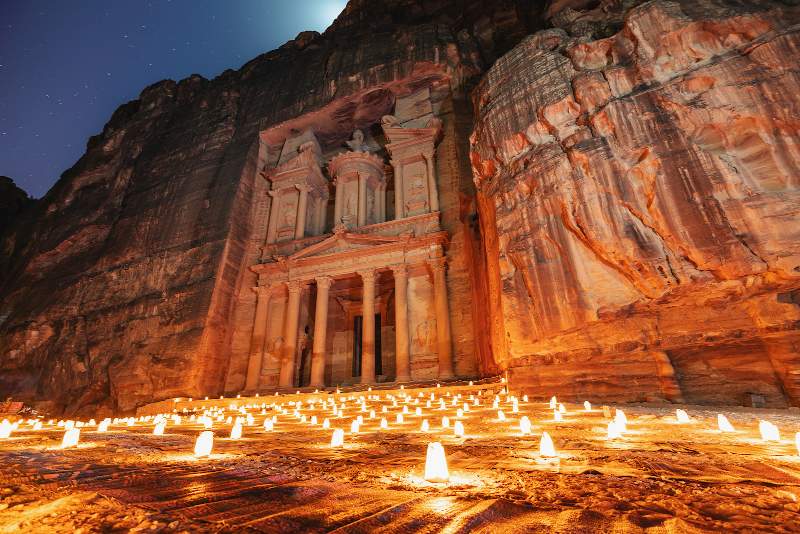 Among the many constructions carved into the rock, the Roman theater also stands out, which could hold up to 3000 people, but above all the Monastery which manages to amaze by surpassing even the Treasury in size. Its majesty satisfies any visitor who manages to tackle the hundreds of steps necessary to climb to reach it.

My impression about Petra:

Needless to say how exciting it is to admire one of the 7 wonders of the world, but what struck me most about Petra is that you have to earn the thrill by crossing the siq that leads to the Treasury. A long walk just enough to be faced by everyone and to grow that feeling that accompanies the wait and which is rewarded with the amazement of seeing the Treasure in all its beauty reveal itself after a corner at the end of the siq. An emotion that left me breathless comparable only to Petra by night.

Must see places in Petra:

The Treasury is Petra's main attraction, the best preserved and most accessible monument and consequently the most visited

Al-Deir Monastery, although less famous than the Treasury, is certainly the most majestic of the monuments carved into the rock in Petra

Must see places near Petra: