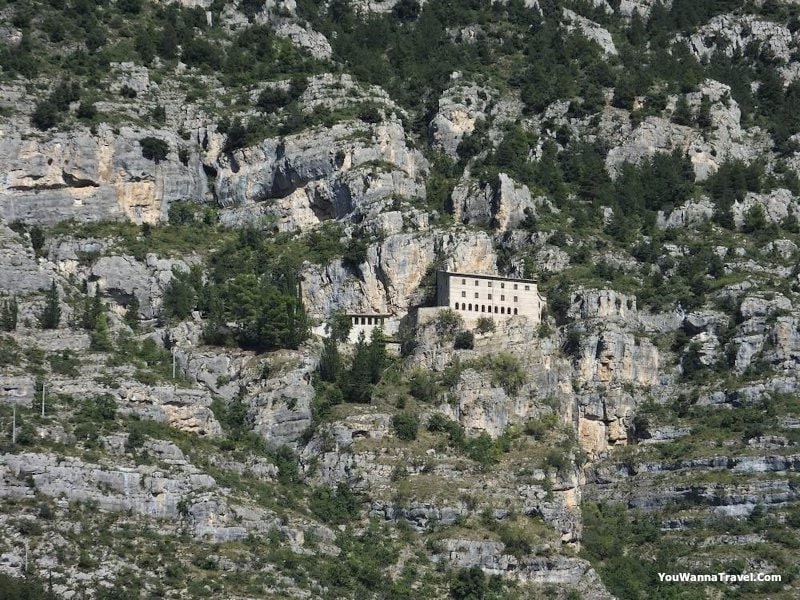 In fact, in 1294, Pietro Angelerio from Morrone was elected Pope with the name of Celestino V after years of living as a hermit in the Majella mountains where he had taken refuge as a young man to pursue his faith by praying in the peace and solitude of these places.

Celestino V however remained pontiff for only four months before finally giving up defining himself inappropriate for this role not very similar to him, in fact he immediately returned to his old life as a hermit on Mount Morrone.

The last years of his life, however, he couldn't live in the peace of one of his hermitages as, following his renunciation, the new pontiff had him searched for and captured after several escape attempts.

The hermitage of Sant'Onofrio in Morrone

The hermitage of Sant'Onofrio is located in Badia, a small hamlet of Sulmona at 620 meters above sea level right on the slopes of Mount Morrone from where you have a spectacular view over the entire Peligna valley.

The hermitage was built around 1290 by the will of the future Pope Celestine V in a quiet area but relatively easy to reach for pilgrims who intended to go to Pietro Angelerio for praying.

To reach the hermitage of Sant'Onofrio in Morrone, from the parking area dedicated to visitors, it is necessary to face an uphill path for a difference in height of about 100 meters which, climbing up the Morrone, reaches the entrance of the church.

The hermitage currently consists of a small church and an oratory with some frescoes inside and a cave where Brother Pietro used to retire for praying, but the original structure was almost completely destroyed during the Second World War and later rebuilt. 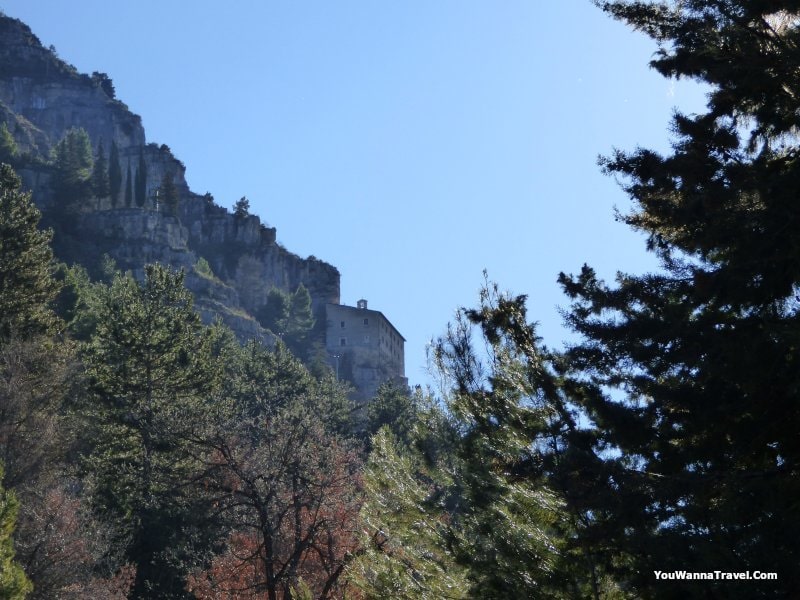 Pietro da Morrone found in the Majella mountains the desired peace and tranquility to devote himself to a life as a hermit by residing inside some caves and building small churches right inside some of these caves.

The oldest, as well as the most hidden of Celestino's hermitages in the Majella, is certainly the hermitage of San Giovanni all'Orfento, an isolated place of prayer and difficult to reach but also difficult to access due to a narrow entrance carved into the rock.

The most evocative of Pietro da Morrone's hermitages is also carved into the rock inside the Santo Spirito Valley and it is the hermitage of San Bartolomeo in Legio renowned for being one of the most beautiful hermitages in Italy. 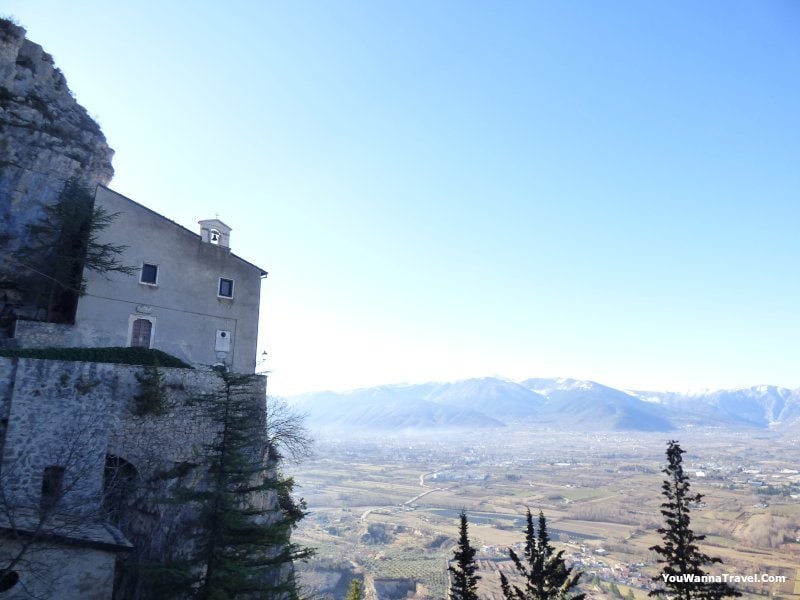 The hermitage of Sant'Onofrio in Morrone is located in a small hamlet of Sulmona, the city renowned throughout the world for the production of confetti but which also boasts a great historical and artistic heritage partly lost due to earthquakes.

Sulmona is the most important inhabited center of the Peligna valley and its beautiful Piazza Garibaldi, with the large central fountain and the ancient Roman aqueduct, make it almost second floor the surrounding mountains that seem to embrace the whole city.

The Morrone shelters a series of other villages on the Peligna valley, including Pacentro, an ancient medieval center characterized by several lookout towers which helped to make it enter among the most beautiful villages in Italy.

My impression about Hermitage of Sant'Onofrio in Morrone:

The hermitage of Sant'Onofrio in Morrone, although it enjoys a spectacular position, did not give me the same emotions as the other Celestinian hermitages where is very tangible the atmosphere of peace and isolation that a hermit like Celestino V was looking for.

Have you ever been to Hermitage of Sant'Onofrio in Morrone?

Must see places near Hermitage of Sant'Onofrio in Morrone:

Sulmona is the city famous all over the world for confetti.

Pacentro is one of the most beautiful villages in Italy characterized by the presence of several towers.

Roccacasale is a small village on the slopes of Morrone known as the "fairy village".

Hermitage of Sant'Onofrio in Morrone where to eat:

San Bartolomeo in Legio:
one of the most beautiful
hermitages in Italy