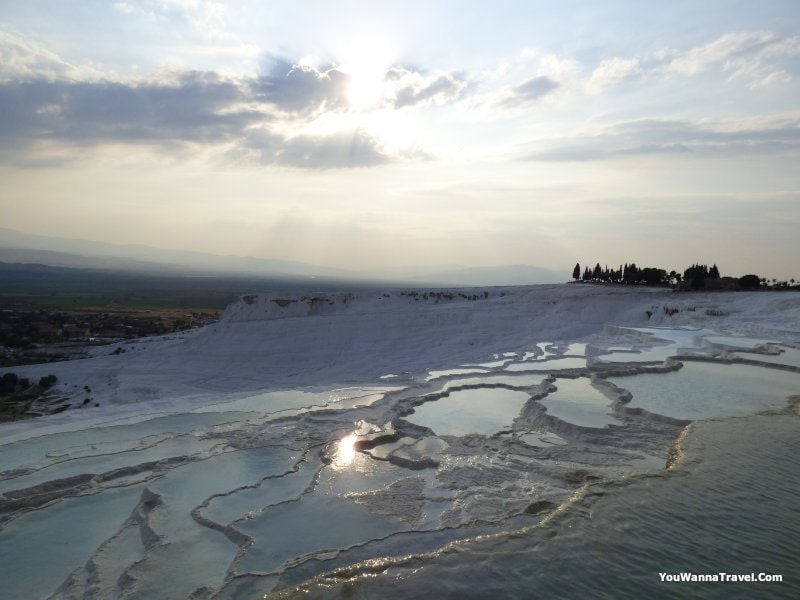 The cotton castle of Pamukkale

Did you know that Pamukkale means "cotton castle" in Turkish? Pamukkale is a small town in the west of Turkey famous for its particular natural spas that completely cover a hill giving it an intense white color.

The hill with its candid white color covers a large area and is characterized by the presence of numerous natural pools that look like balconies of an immense cotton castle straight out of a storybook.

Pamukkale is blindingly beautiful and, on sunny days it can be in the true sense of the word in fact the intense white color that reflects the sun's rays often makes it necessary to use dark glasses.

Although the sun's rays bring out even more the characteristic color of this famous Turkish tourist site, it is best to visit Pamukkale at sunset when the sun loses its intensity bright, however, giving a wonderful colorful landscape. 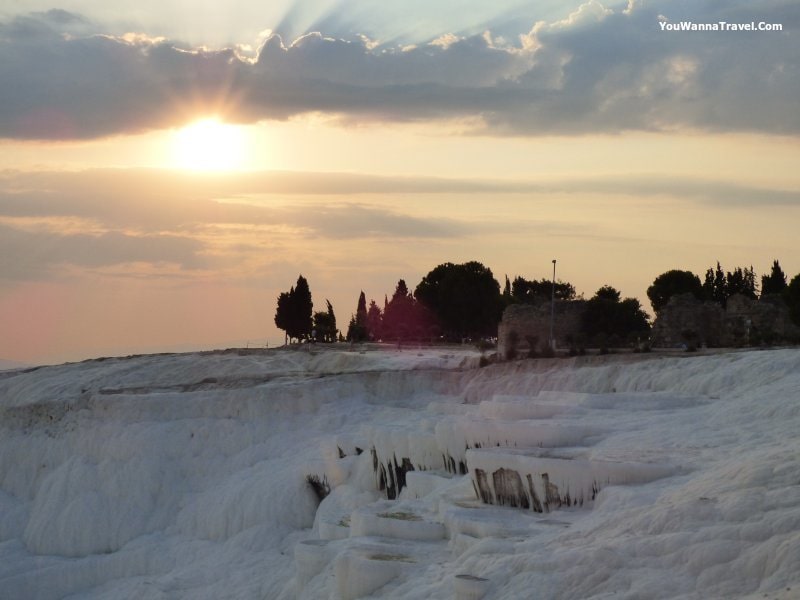 The white of Pamukkale is given by the presence of conspicuous sediments of limestone and travertine which, from the top of the hill, descend to the valley, shaping the landscape up to a lake at the foot of the cotton castle.

These sedimentations are caused by a chemical process in which the thermal water that flows from the ground, in contact with the air, loses its carbon dioxide leaving only calcium carbonate that remains on the ground.

The Pamukkale area is known for the frequent earthquakes that have marked the territory and contributed to creating the famous thermal springs with which this curious geological phenomenon originated, found in few other parts of the world.

In addition to Pamukkale, in fact, you can also admire similar places in Yellowstone National Park with the Mammoth Hot Springs and Huanglong in China but also in Italy with the spa of Saturnia and Bagni San Filippo. 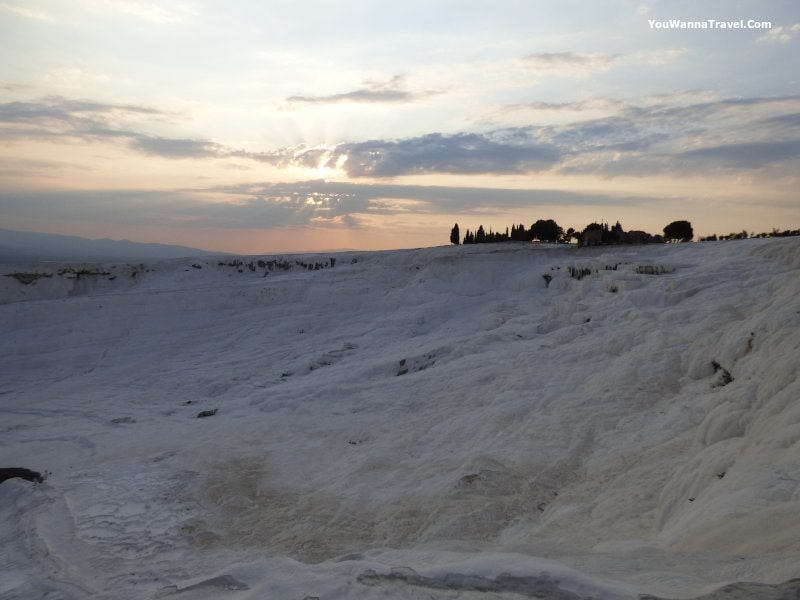 Pamukkale however remains the most famous and spectacular of its kind as well as being considered among the most beautiful natural spas in the world and was recognized as a World Heritage Site by UNESCO in 1988.

This prestigious award has allowed Pamukkale to preserve its integrity which, for a certain period, has been severely tested due to nefarious choices in favor of unhealthy mass tourism in one of the most visited destinations in Turkey.

The thermal waters that come out at a temperature of over 40°, have multiple beneficial properties for the body and is another reason why every year Pamukkale is visited by over 2 million people.

The remarkable healing properties of these thermal waters were appreciated since ancient times to the point that the exclusive city of Hieropolis was built right next to the natural thermal baths of Pamukkale. 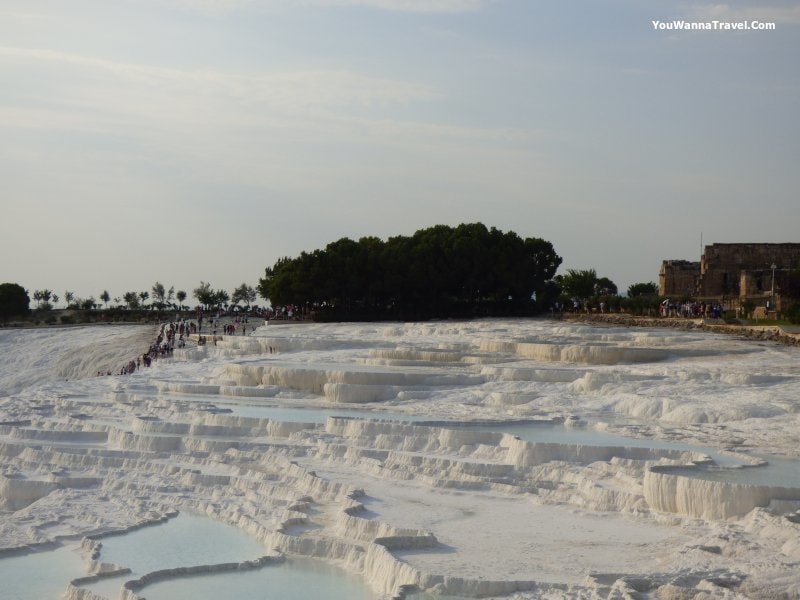 The archaeological site of Hierapolis in Pamukkale

The remains of the Roman city of Hierapolis dominate the top of the hill on which the Pamukkale Baths are located and both are part of the UNESCO protected site. Their proximity means that in most cases, those who visit the thermal baths also visit the archaeological site.

Hierapolis was founded by Eumenes II in the second century BC. that is in the middle of the Hellenistic period even if there is very little evidence of that era in the remains of the city due to the various reconstructions following devastating earthquakes in the area.

The city of Hierapolis was rebuilt several times also by different peoples such as Romans and Turks in fact the archaeological site is characterized by different styles found in the best preserved monuments such as the Roman Theater, the Temple of Apollo and the many churches.

My impression about Pamukkale:

The definition "blinding beauty" is the one that best suits Pamukkale both for its beauty but also for its intense sun-kissed white color.

Pamukkale has always been one of those destinations for me to see at least once in my life and I must say that I was delighted!

Have you ever been to Pamukkale?

Must see places near Pamukkale:

Hierapolis is a UNESCO heritage archaeological site along with the Pamukkale hot springs.

Laodicea is an important archaeological site.

Kaklik cave is a kind of underground pamukkale.