Sant'Eufemia a Majella: the largest Risiko in the world 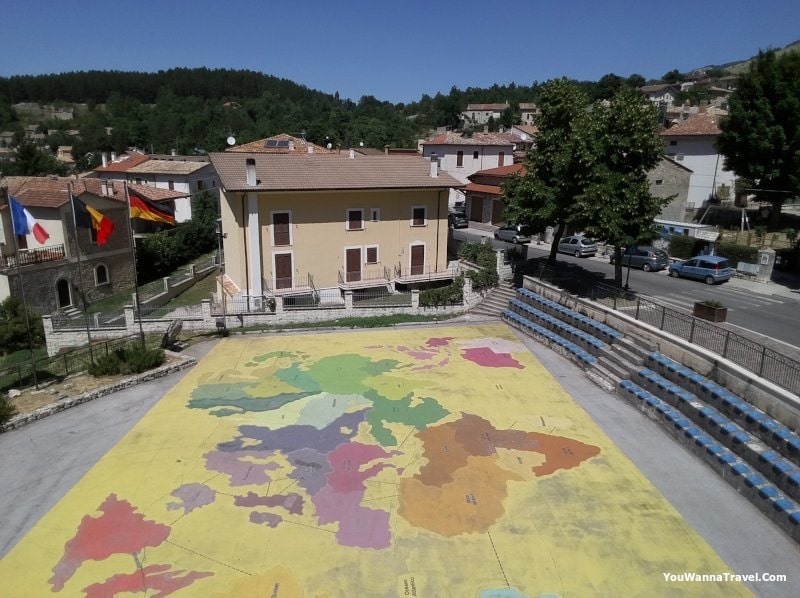 Sant'Eufemia a Majella the record-breaking Risiko in the square

Did you know that in Sant'Eufemia a Majella there is the largest Risiko in the world? In the small village located in the heart of the Majella, the main square has been transformed into a mega scoreboard of the Record-breaking Risiko.

One of the most famous board games' playing board in the world, measures 650 square meters and occupies the entire surface of San'Eufemia a Majella main square where the other events and shows organized by the municipal administration take place.

From the year of its creation, every summer, in collaboration with Editrice Giochi, the "largest Risiko in the world" tournament takes place in Sant'Eufemia, which sees passionate protagonists from all over Italy compete in their favorite game in an unusual location.

The tournament, valid for the national championship of Risiko, takes place in the splendid setting of the Majella National Park and is an important opportunity to make known the natural beauties and much more of the territory. 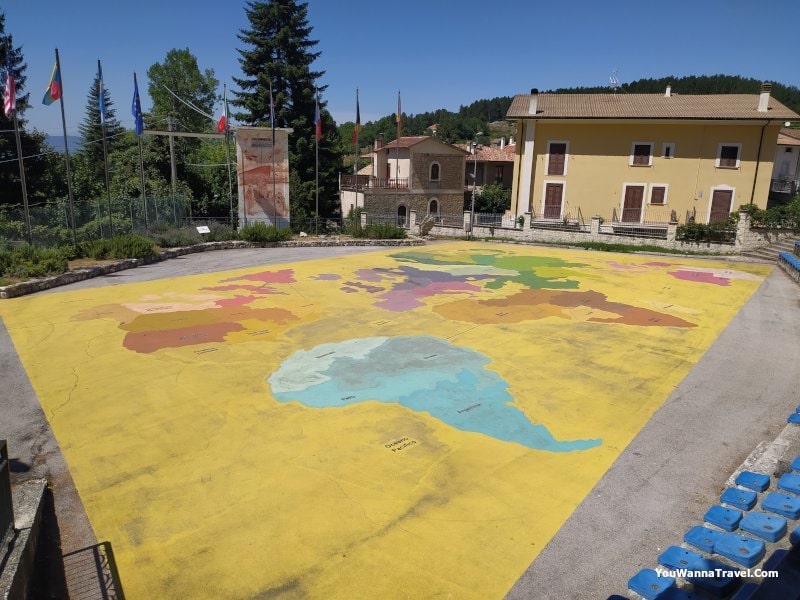 The works of art of Sant'Eufemia a Majella

The work in Emigrante square, renamed the largest Risiko square in the world, was created by the eclectic artist Liberio Furlini author, among other things, of several murals present on the walls of the village.

The artist from Trentino, who has also put his signature on the murals of Azzinano, has a particular relationship with Sant'Eufemia and his style can be admired on different facades of the small Abruzzo village.

The murals of Sant'Eufemia a Majella represent the history and traditions of the village and depict scenes of daily life such as shepherds grazing their flock, children playing and the symbolic animals of the Park with which the village has always lived together.

Although the murals were the original idea with which to enhance the village, Liberio Furlini managed to make the record-breaking Risiko the real urban attraction of Sant'Eufemia which overshadowed his other works of art made in the village. 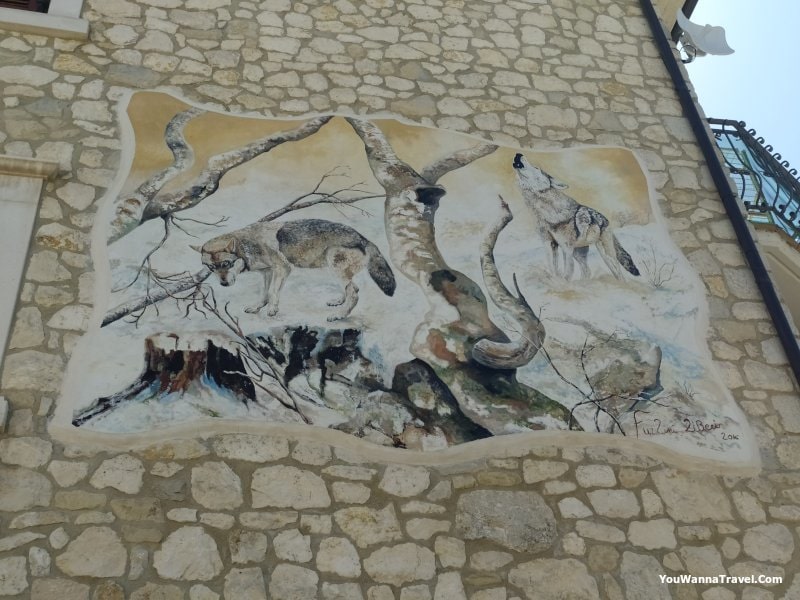 The village of Sant'Eufemia a Majella

Although Sant'Eufemia is located in a very interesting territory from a landscape point of view, it had to reinvent itself with these urban decorations precisely to differentiate itself from more renowned locations such as the nearby Caramanico Terme.

In fact, with less than 300 inhabitants, the small village on the Majella has never had a great tourist vocation worthy of the landscape that surrounds it but the intuition of the municipal administration has managed in a few years to attract several visitors to the village even if only passing through.

And it is precisely by stopping here that you can enjoy magnificent places such as the Orta Valley and the nature reserve of Lama Bianca , moreover Sant'Eufemia is protected by the Amaro Mount where you can reach the highest peaks of the Majella massif.

If the landscape beauties weren't enough then you can opt for a culinary experience considering that the small medieval village has a great dairy and bakery tradition with the famous Sant'Eufemia bread. 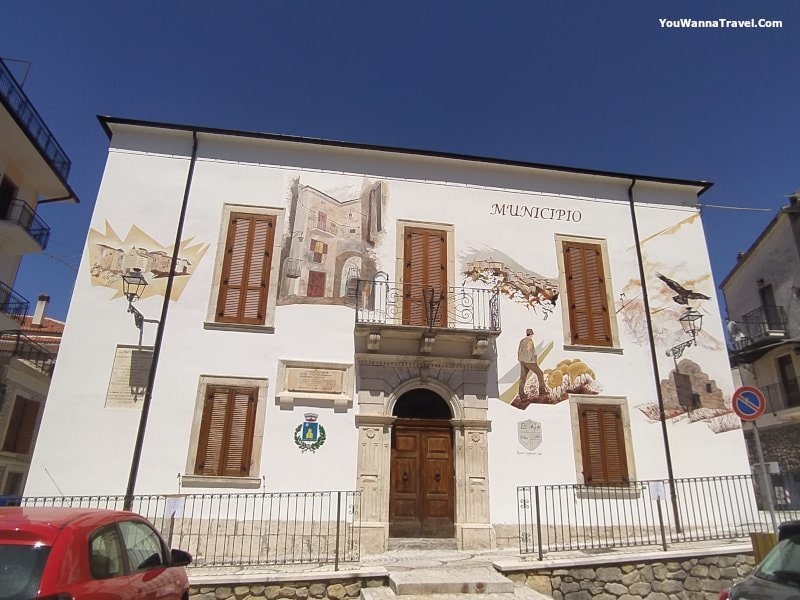 Surroundings of Sant'Eufemia a Majella

Going up in altitude, a few kilometers from Sant'Eufemia a Majella there is the small hamlet of Roccacaramanico famous for having once been a completely uninhabited village and for being subject to record snowfalls.

The ghost village of Roccacaramanico owes this name to the fact that in the 80s there was only one elderly inhabitant left which aroused a lot of curiosity even in the national media that interviewed her.

Subsequently, in the 90s, many houses in the village were purchased and renovated to be used as second homes, giving the small hamlet a new life so as to earn it in 2012 the label of "Italian Wonder".

I have never been passionate about Risiko but seeing an entire square dedicated to one of the most famous board games in the world is a great emotion and is an excellent idea to introduce a small village that has so much to offer to visitors!

Personally I would go there just to buy the delicious local cheeses too!

Have you ever been to Sant'Eufemia a Majella?

Must see places near Sant'Eufemia a Majella:

Sant'Eufemia a Majella where to eat: