Bominaco: the Sistine Chapel of Abruzzo 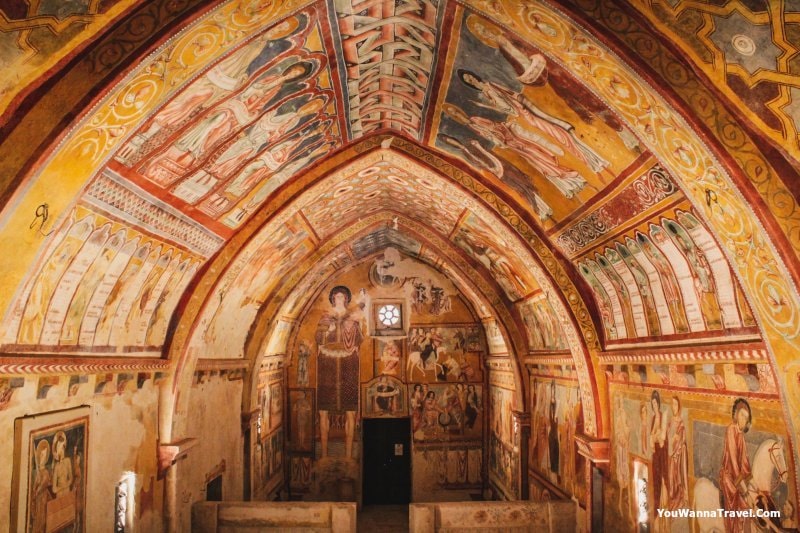 The small Sistine Chapel of Bominaco

Did you know that in Bominaco there is the Sistine Chapel of Abruzzo? In the hamlet of Caporciano, in the province of L'Aquila, the interior of a small oratory is completely frescoed and recalls the most famous Sistine Chapel in Rome.

The oratory of San Pellegrino is located in the highest part of the village and is part of a monastic complex which also includes the Abbey of Santa Maria Assunta and both are protected a little further up by the Bominaco Castle.

Although small in size and quite anonymous from the outside, the oratory of San Pellegrino internally preserves a fresco that completely covers all the walls of the medieval structure.

This recently restored masterpiece is among the best preserved frescoes of the time and depicts several scenes described in the Gospel about Christ's childhood, the Passion, the final judgment and the life of the Holy Pilgrim. 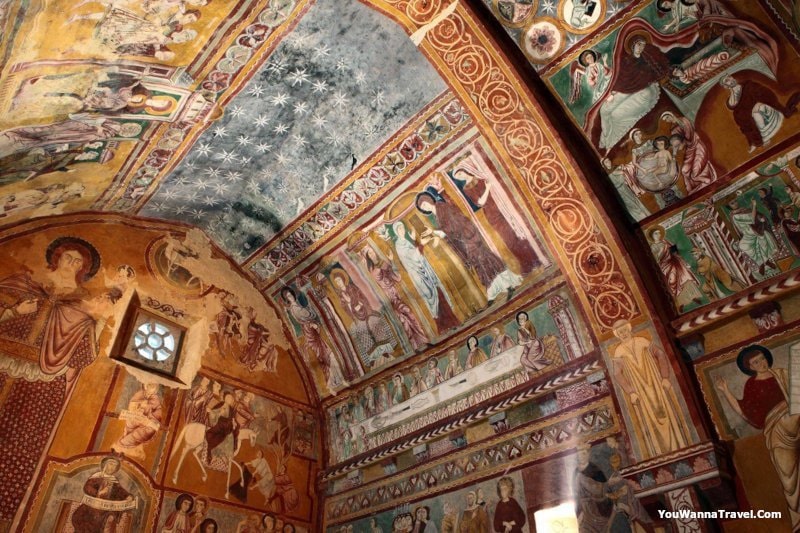 The frescoes of the San Pellegrino' oratory in Bominaco

Unfortunately, the frescoed area of ​​the oratory facing north was almost completely compromised by humidity but in the rest of the walls you can admire the splendid colors of the Abruzzo school frescoes.

Some of the most symbolic frescoes depict a monastic calendar with a representative image of peasant life for each month of the year, then a dragon and a griffin are shown on the separating partitions of the area of ​​the monks from the pilgrims one.

The authors of the Abruzzese Sistine Chapel are unknown as the name of the person who had built the oratory first, although many speculate it may have been Charlemagne in one of his documented visits to Abruzzo.

It is certain that the abbot Teodino in 1263 had renovated the entire monastic complex, contributing to enrich both the oratory of San Pellegrino and the church of Santa Maria Assunta. 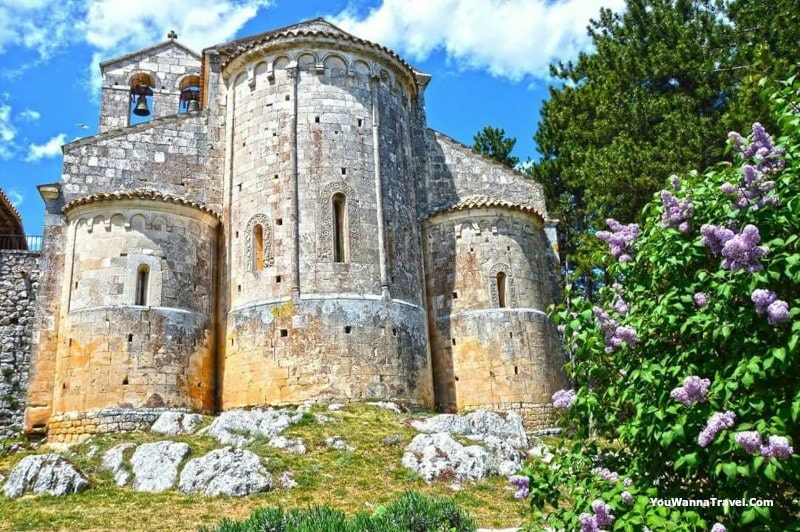 The Abbey of Santa Maria Assunta in Bominaco

The Abbey of Santa Maria Assunta is larger than the oratory of San Pellegrino and represents one of the most important works of Abruzzo Romanesque architecture, so much so that it is still very popular today as an ideal place to celebrate weddings.

Even the interior of the Abbey is appreciated from an artistic point of view with various and considerable value ornaments as well as frescoes whose authors are in all probability the same who created the Sistine Chapel of Abruzzo.

Slightly displaced from the Benedictine monastic complex we also find the hermitage of San Michele housed in a small cave in which there was an altar and the minimum necessary to live there. 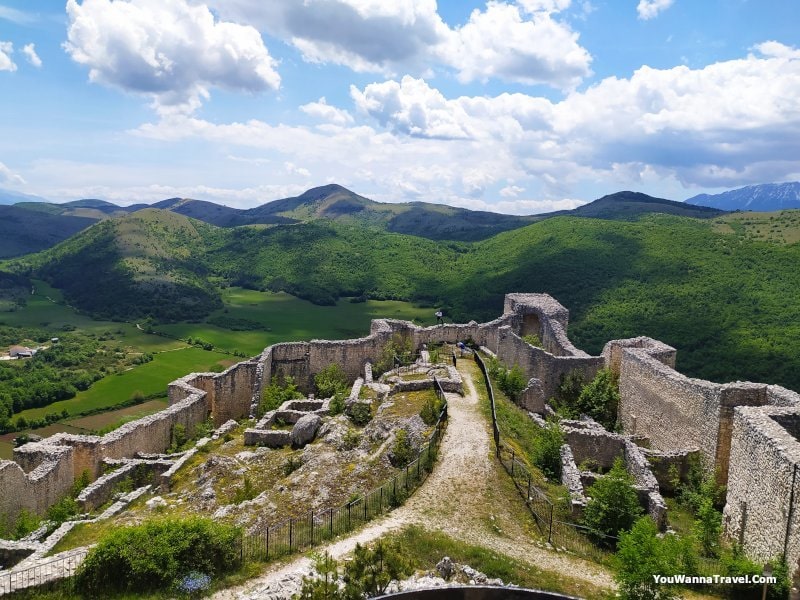 Dominating the village of Bominaco and the abbey complex from its 1171 meters high are the remains of a Norman castle destroyed in 1424 and later rebuilt by Cipriano Iacobuccio from Forcona.

The tower of Bominaco castle, built during the reconstruction, allows a 360° view of Navelli Plain and other nearby fortifications such as Barisciano and Rocca Calascio.

The panorama from this position is truly remarkable and allows a spectacular view of the highest peaks of the Gran Sasso massif making the effort necessary to reach the castle profitable.

Seeing it from the outside, I would never have thought that this small and anonymous oratory hid a masterpiece comparable to the Sistine Chapel but I changed my mind even if it still remains a niche attraction and perhaps it is better that it remains so to preserve its authenticity!

The view from the castle also offers a spectacular spot for taking a thousand photos!

Have you ever been to Bominaco?

Must see places in Bominaco:

Must see places near Bominaco:

Lake Sinizzo is an equipped area where you can spend a day by the lake.

Rocca Calascio castle is the symbol of Abruzzo.