The panoramic viewpoint of Pennapiedimonte, Matera of Abruzzo 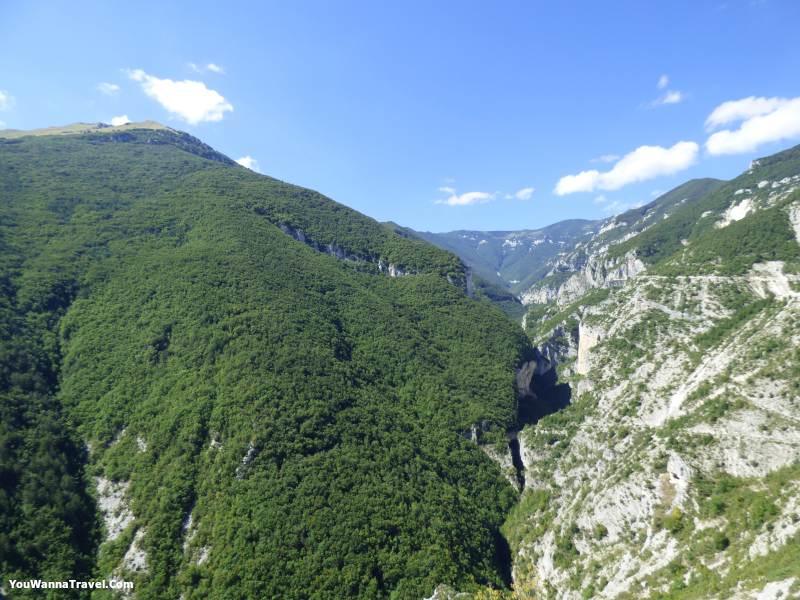 The Balzolo belvedere offers a magnificent view that sweeps from the mountains to the coast passing through the green hills in what can be summed up as the essence of Abruzzo. In fact, from the balcony of Abruzzo you can admire a unique panorama that goes from the Valle dell'Avello to the Coast of Trabocchi .

Watching over the Balzolo terrace from above is the Cimirocco , a curious rocky conformation that, with a little imagination, seems to represent the image of a woman intent on carrying something in his arms. Legends attribute to this representation the image of the Goddess Maja or of the Madonna with the baby Jesus between her knees.

The Cimirocco is also known as the " Penna " and it seems that the town of Pennapiedimonte takes its name from this particular rock and its piedmont position. 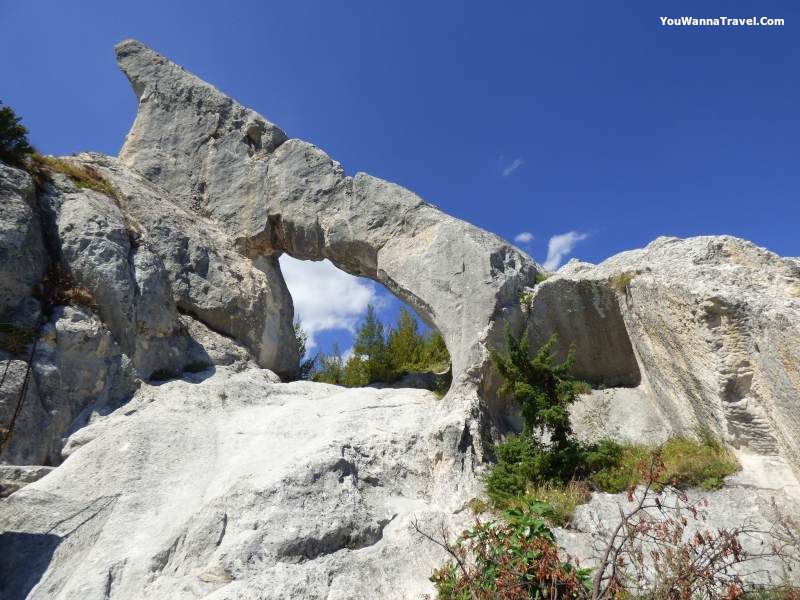 The square adjacent to the infamous Balzolo balcony, as well as being a meeting point for refreshment or simply a coffee, is the starting point for various hiking trails that were once the streets used by shepherds with their flocks to find new pastures.

The most popular hiking route, also because it is the easiest, leads to the Madonna of Sources , a picnic area where you can rest before continuing towards the beautiful Linaro waterfalls in a slightly more difficult stretch.

On the way you will pass through 3 suggestive tunnels dug into the rock and you can admire a sculpture carved into the mountain wall made by the sculptor Antonio Di Campli which depicts one of the best known shepherds in the area with his sheep.

Other more challenging routes descend to the Avello torrent which has carved out for centuries this wonderful canyon, others still climb up to the highest peaks of the Majella, such as Blockaus or Mount Amaro.

Pennapiedimonte is located right at the foot of the Balzolo viewpoint, it is a small town of about 500 souls characterized, like any self-respecting village, by many narrow streets and stairways that do not give space for vehicular traffic thus allowing you to fully enjoy the medieval atmosphere that you once breathed.

Pennapiedimonte is defined as Matera of Abruzzo due to some houses and sculptures carved out of the rock. The cave houses blend well with the medieval architecture of the village and the sculptures are the real flagship of local artisans.

The first time I went to the Abruzzo balcony I was thrilled to see such a spectacular panorama accessible to everyone, disabled and elderly people, who have the opportunity to admire the spectacle of nature offered from the Avello valley. 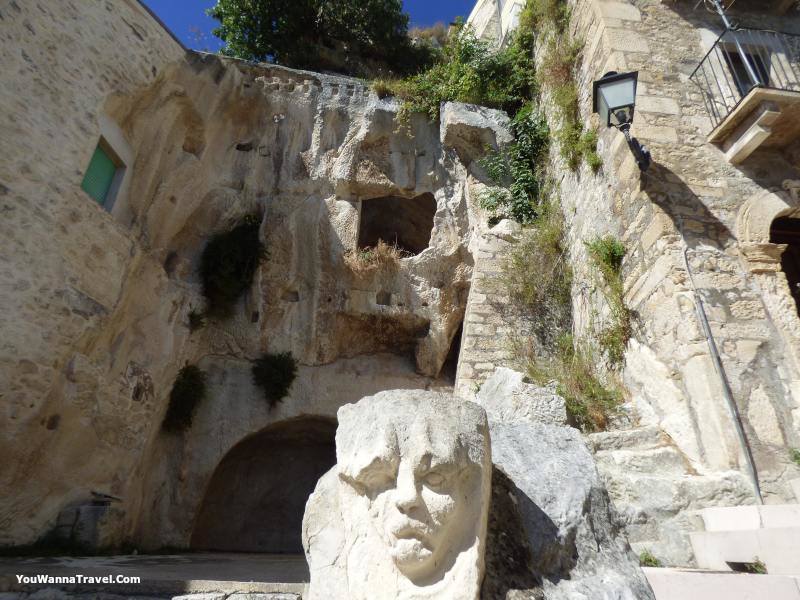 In one of my visits to Balzolo I had the pleasure of meeting Mr. Luciano Bello, one of the leading experts of the valley and author of the book "Le pietre raccntano" of which he kept a copy at the inside of his car and which he proudly showed me.

The book faithfully traces the paths, even impervious ones, that the shepherds followed in search of shelters and pastures for their flocks. Mr. Luciano turned out to be a genuine person and, seeing me interested in his stories, he retraced with his mind the enterprise behind the writing of the book.

In his stories emerged the desire to transcribe those same stories of the shepherds. A real undertaking that lasted years in which he managed to find all the caves where the flocks found shelter, not forgetting to photograph and mention them with their name as he remembered from the stories.

Mr. Luciano was keen to point out that he succeeded in his intent only because he never got married! A condition that evidently would have allowed him to spend several years exploring the Avello Valley! :)

Every time Balzolo leaves me breathless and then there's her.. the Avello Valley, a place that fascinates me a lot but I haven't been able to explore yet, even if, sooner or later, I will do it following in the footsteps of Mr. Luciano.

Must see places in Balzolo:

Must see places near Balzolo:

Guardiagrele is a small town rich in history and culture