A Guinness Christmas tree in the most beautiful medieval city 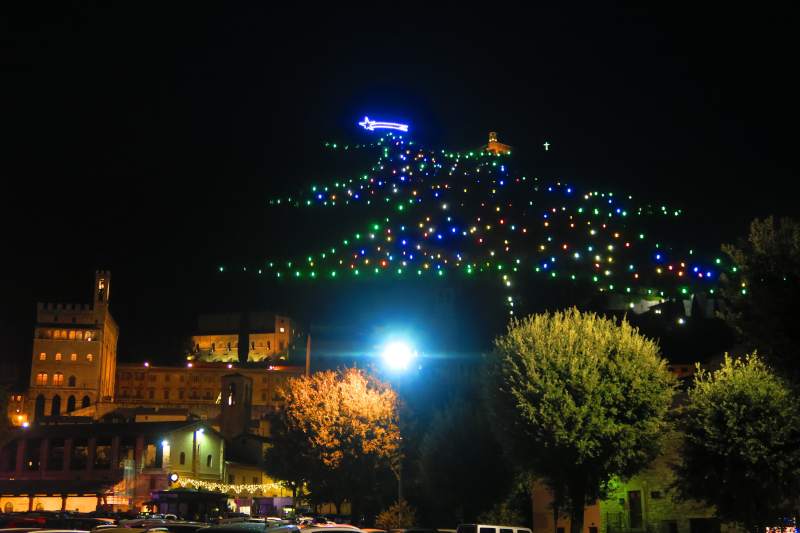 The largest Christmas tree in the world has been lighting up Gubbio since 1981, when a group of volunteers, known as " Alberaioli ", decided to carry out this ambitious work in honor of the patron Saint Ubaldo. The tip of the tree corresponds precisely with the beautiful sanctuary of the patron saint placed on top of Mount Ingino. 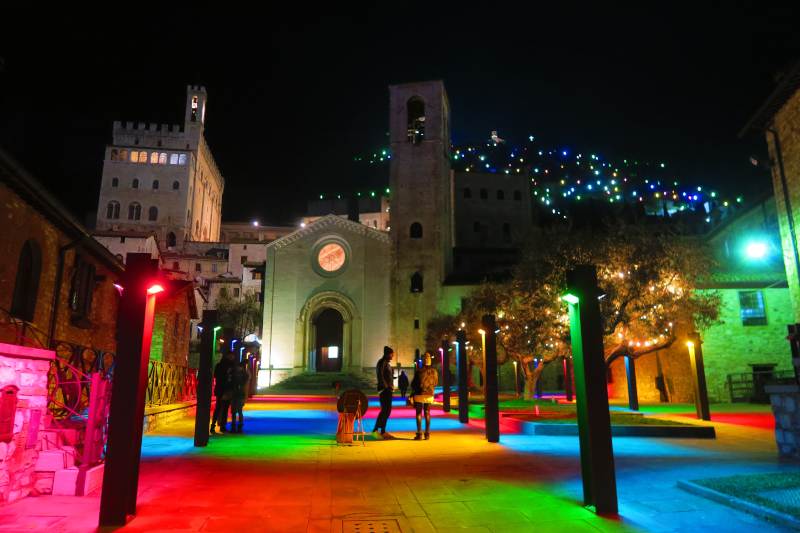 During the Christmas period, Gubbio is a favorite destination for many visitors from all over the world who come to admire the gigantic illumination representation, welcomed by numerous events and markets that make Christmas unique in the medieval village. On 7 December of each year, as usual, the lighting of the tree is held during an event that often involves people representing institutional or religious positions.

On 7 December 2020 in Gubbio the lights of this record tree will turn on again and if you also want to participate in its realization, it is possible to adopt a light complete with a personalized dedication at a small price in order to contribute to the costs. If you want to adopt a Gubbio tree light visit this page .

WARNING: The 2020 Christmas markets have been canceled due to Covid 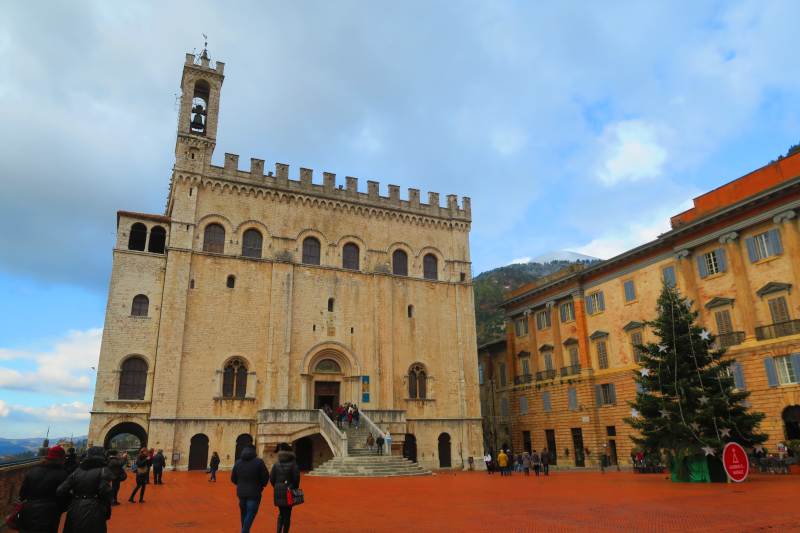 The splendid Umbrian city is spread over 5 parallel streets placed on several levels and connected to each other through stairways and alleys. The buildings, built in the classic medieval style, have kept their conditions intact and the numerous coats of arms that color them, give the streets of the historic center a particular atmosphere that seems to take the visitor back in time.

The Piazza Grande, the sanctuary of Sant'Ubaldo, Palazzo dei Consoli and many other places make this small city a real jewel that I highly recommend to visit.

Oh I forgot.. in Gubbio you can also go crazy! Tradition tells that, if a visitor completes 3 laps running around the "fountain of the mad" and then is bathed by the same water, he becomes a citizen of the village, proudly earning the title of "honorary madman of Gubbio"!

The first time I visited Gubbio, I was amazed by how this city has managed to preserve an authentic medieval charm that seems to take you back in time despite some artifices that make it more accessible to visitors.

The second time I visited it during the Christmas period and it seemed to me a completely different city but equally fascinating thanks to the magic of Christmas.

Articles that may interest you