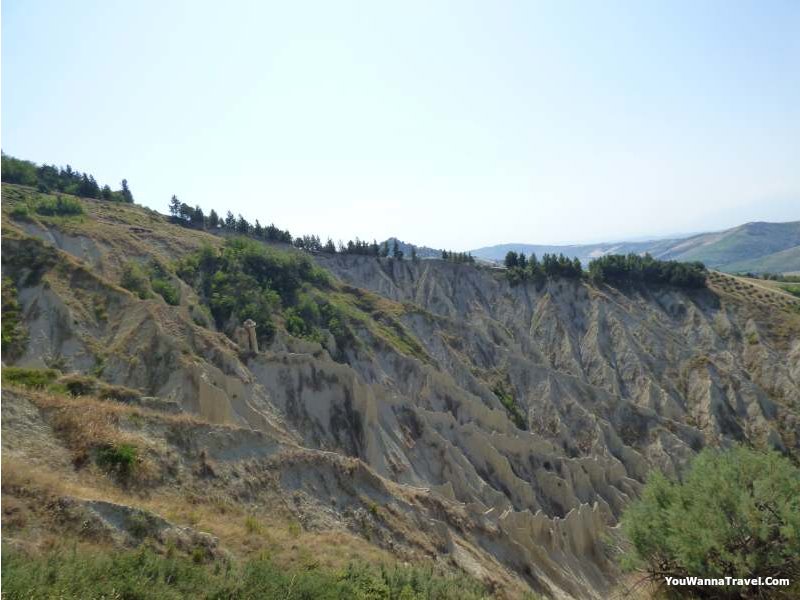 Did you know that in Atri there is a WWF nature reserve famous for the presence of badlands? In the Badlands of Atri regional nature reserve soil erosion has literally redesigned the face of the hills through numerous badlands.

The hills of the Badlands of Atri are characterized by a composition of clay and sand which, in an ideal morphological and climatic context, have allowed atmospheric agents to shape an area of about 380 hectares.

The fossils of Atri Badlands are another very interesting aspect of this area which, about a million years ago, was bathed by the Adriatic Sea. The sedimentation of marine material also includes a large number of invertebrate organisms which, as a result of the raising of the territory and subsequent erosion, have resurfaced in the form of fossils. 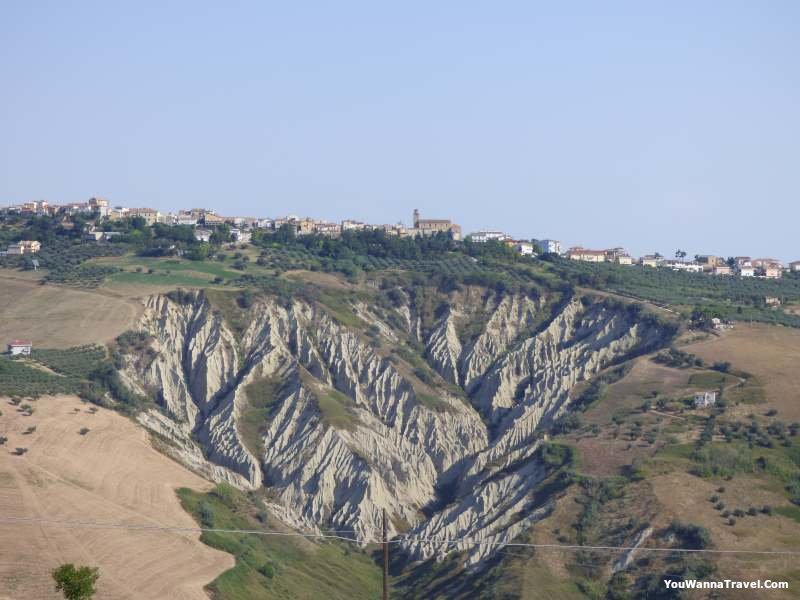 The WWF Badlands of Atri was established in 1999 to preserve the biodiversity of a territory previously identified as Site of Community Interest by the European Community. This recognition is to be attributed to the presence of considerable importance flora and fauna.

Among the plant species present within the territory of the Badlands of Atri there are grasses and capers in the driest areas, shaggy clover and poplar in the valley areas and wild artichoke and licorice in the areas on the edge of the badlands .

Licorice is very present due to the favorable conditions of the territory of Atri, which is therefore defined as the home of licorice !

Among the fauna of the nature reserve there are several species of diurnal and nocturnal birds of prey, wild boars, badgers, foxes and the porcupine which is counted as the mascot of the park . 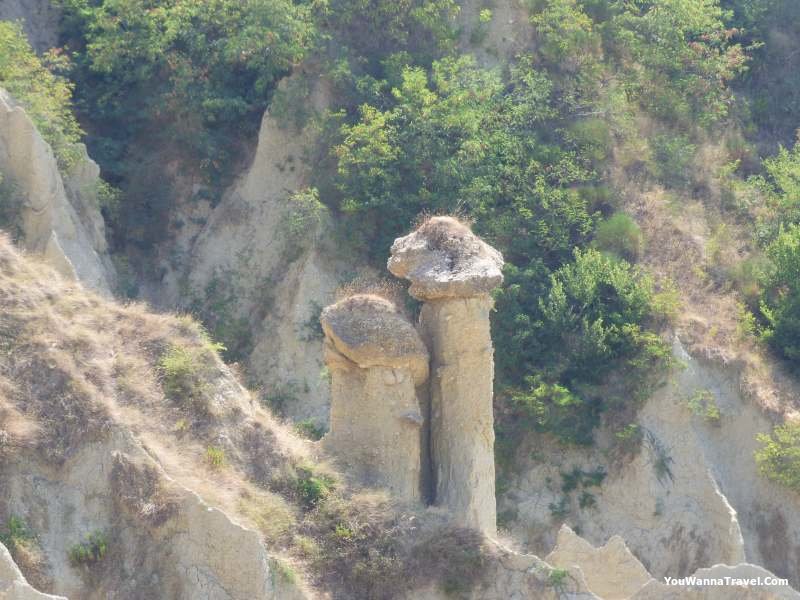 The nature reserve can be visited independently along a medium difficulty path of about 6 km starting from the WWF visitor center! The same route is part of the Cycle-horse trail of the Badlands of Atri which runs for about 28 Km within the protected area.

I visited the Badlands of Atri nature reserve by bicycle and I was able to appreciate the peace and tranquility of an oasis still little known.

Observing the gullies I noticed some similarities with the Bryce Canyon in Arizona and the Valley of Love in Cappadocia that I visited years ago, the erosion phenomenon is very similar even if with very different chromatic shades.

The visit of the gullies allows you to stay in contact with the peace of nature a stone's throw from Atri, one of the most important cities in Abruzzo from the historical-artistic point of view!

Must see places in Badlands of Atri:

Small church with an interesting legend behind it

The earth pyramids are particular rocky structures about 10 meters high

Must see places near Badlands of Atri:

Atri is a small city of considerable historical and artistic importance

Badlands of Atri where to eat: